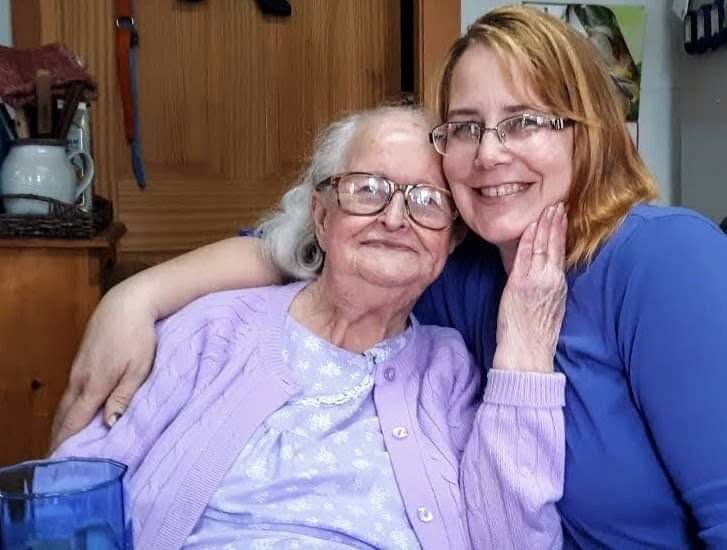 Obituary of Georgia A. Chapin

Please share a memory of Georgia to include in a keepsake book for family and friends.
View Tribute Book

Camden – Georgia A. Chapin, 93, fought a good fight and finished her course on earth on September 21, 2022 where she peacefully joined her Lord and Savior, with family by her side, at the Sussman House in Rockport, Maine.

Georgia was born on February 7, 1929, in Camden to the late Burnside and Hattie Demmons Richards.  She married Lewis Harriman of Burlington, Maine on August 28, 1944.  Lewis sadly passed away along with their son Richard in a boating accident on Nicatous Lake.  Georgia then married George T. Chapin of Camden on November 15, 1957, and together they made their home and raised their family in Camden.

She was a loving wife, mother, and friend to everyone she knew.  She devoted her life to raising her family and selflessly put everyone's wants and needs before her own.  Her smile and singing always filled the home and the smell of her homemade baking filled the air.  Very rarely did anyone leave without a hug.  The words “Thank you, Jesus” were always on her lips in everything she did.  She will be greatly missed by all who had the pleasure of knowing her.

She was predeceased by her parents; first husband Lewis; sons Richard Harriman and an infant son; her husband George, her sisters, Winola and Florence; her brothers, Clifton, Calvin, Norman, Albert, Raymond, Kenneth, and Freddie, and her daughters-in-law Leone Harriman and Patsy Chapin.

Georgia is survived by sons, Kevin and wife Dawn Chapin of Hope, Tom and wife Jill Harriman of Warren and Fred and wife Laureen Harriman of Hartland; Stepson George Chapin Jr, of Vermont; Sister-in Law Judy Richards; many grandchildren and great grandchildren, nieces, nephews, and a very special friend Blaikie Hines who she thought of as a son. Thank you for always being there for her, her extended church family and friends.

A graveside service will be held on October 15 at 1pm at Oakhill Cemetery in Camden, Me with Pastor David English officiating.

In lieu of flowers, please help someone in need.  Memories and condolences may be shared on her tribute wall.

Share Your Memory of
Georgia
Upload Your Memory View All Memories
Be the first to upload a memory!
Share A Memory
Plant a Tree