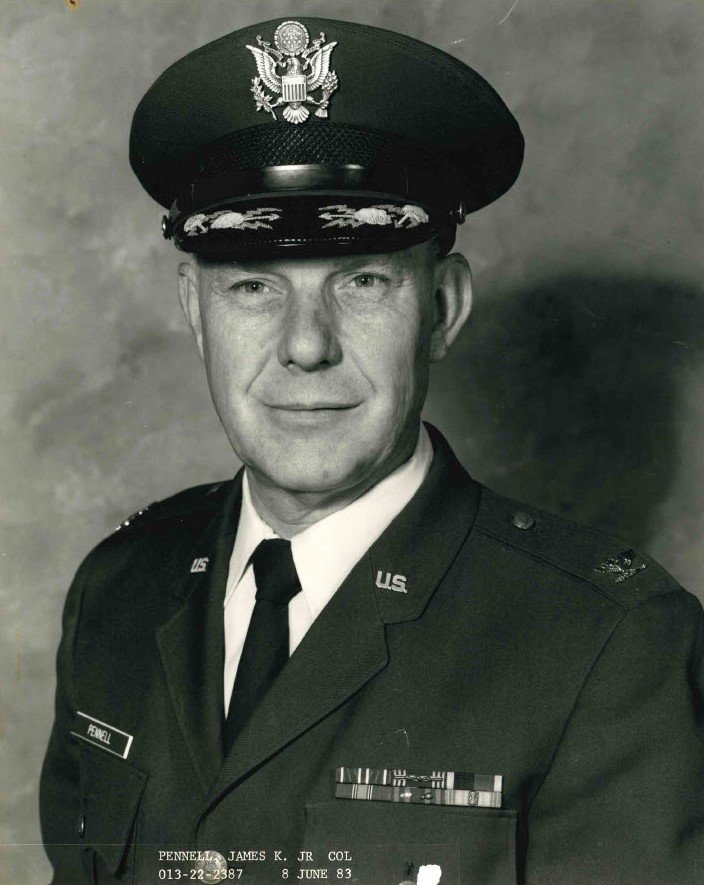 James K. Pennell, Jr., age 90, passed away peacefully with his faithful shepherd Seltzer by his side, at his home in Lincolnville, Maine on Saturday, Nov. 23, 2019.  Formerly of Lenox, Longmeadow, and East Longmeadow, Massachusetts.

James was a former communicant of St. Ann’s Catholic Church in Lenox, Mass, and St. Francis of Assisi of Belfast, Maine.  His wife, Irene A. Gwozdz, whom he married May 3, 1954, passed away Feb. 1, 2011.  He is also predeceased by both his parents.

James is survived by his daughter, Sharon M. Davenport, of Machias, his son Mark, of Lincolnville, son Kevin of Lenox, Mass, granddaughter Shannon, and grandsons Steven, Evan, Matthew and Andrew, and great-grand daughter Janet.  He also leaves a brother, Richard K. Pennell and wife Janis of Hamburg, Pennsylvania, his sister Patricia A. Bates of Chatham, Mass, and numerous nieces and nephews.

He was a former member of the  Knights of Columbus, Elks Club, American Legion Post 43 of Belfast, Maine, Navy League, and Kiwanis in Lenox, of which he served as past president.

He first enlisted in the U.S.A.F. during the Korean War, and was later direct commissioned as a 1st Lt., rising to Full Colonel, Intelligence Director and Commander of the Northeast (Seven States) USAF Intelligence Agency Reserves at Hanscom AFB for many years and assigned to the Pentagon.  His active duty consisted of Europe, Hawaii, Defense Intelligence Agency (DIA), HQ Central Command, and throughout the USA, including Westover, retiring in 1989.  He was a graduate of the Command and General Staff College and Industrial College of the Air Force. He had 38 years of service in the USAF Intelligence Active and Reserve Forces.  He retired in 1989 after 40 years at G.E. in Pittsfield, Mass., as the GE Ordinance Systems Packaging Specialist and also managed the Shipping and Receiving operations; he previously worked in Engineering and Marketing there and at the GE in Holyoke, Mass.

He and his wife resided at Pitcher Pond in Lincolnville, Maine, during the summers, with a winter respite in Jamaica.  He loved gardening, boating, scuba diving, snow skiing, dancing, fishing, reading, and Sudoku.  He lived with his son, Mark, at their residence on Pitcher Pond since 2011.

There will be no formal funeral services, but the family will hold a Celebration of Life at his home on Pitcher Pond on Saturday, July 18th, 2020. Friends and family are more than welcome to attend and share their memories.

Share Your Memory of
James
Upload Your Memory View All Memories
Be the first to upload a memory!
Share A Memory
Plant a Tree