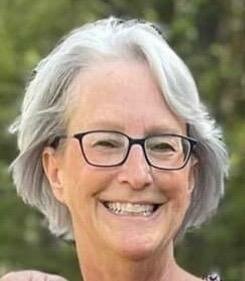 Please share a memory of Catherine to include in a keepsake book for family and friends.
View Tribute Book

Catherine Ann Reynolds, 63, of Morrill passed away on January 5, 2023, after a courageous battle with cancer. She was born on September 28, 1959, in Belfast.

Cathy was a 1977 graduate of Mt. View High School and began her banking career. She started as a teller at Depositor’s Trust/Key Bank before becoming a loan officer, CRS, and assistant vice president sales manager. She then moved to Bangor Savings Bank where she progressed from a branch manager to a senior relationship manager and commercial banking officer. She retired in 2021 and spent the following summer on adventures with her grandchildren and afternoons with them at her pool. She also enjoyed watching them participate in sporting events. Over the years, Cathy and Alfred enjoyed many trips with their wonderful friends.

Cathy was a past president of the Belfast Lions Club, a former board member of Waldo County General Hospital, WaldoCAP, and the Deborah Lincoln House, and a member of the Sunshine Club of Anah Shrine.

A memorial service is scheduled for Friday, January 13th at 11:00 at First Church in Belfast followed by refreshments at Belfast Shrine Club. A private burial will be held in the spring. In lieu of flowers, a donation in Cathy’s honor can be made to the Waldo County Shrine Club Building Fund at P.O Box 285, Belfast.

Share Your Memory of
Catherine
Upload Your Memory View All Memories
Be the first to upload a memory!
Share A Memory