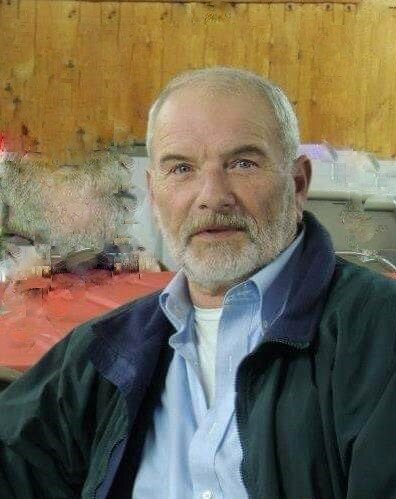 Please share a memory of Joseph to include in a keepsake book for family and friends.
View Tribute Book

Joseph Alfred Roberts, Jr (Jody), 70, of Knox, Maine,  passed away peacefully on January 4, 2023, at home with his loving family by his side. Jody grew up in Brooks, later moving to Greenville for many years and most recently resided in Knox. He was a member of the Brooks Masonic lodge. He was a lifelong carpenter by trade who took great pride in his work. Hunting and fishing were his hobbies, where he especially enjoyed fly fishing on Moosehead Lake. Jody also took pride in continuing his Dad's legacy, alongside his brothers, Tom and Bill, of putting on the Roberts family chicken BBQ on July 4th in Brooks every year.

Jody is predeceased by his parents, Joseph Roberts, Sr., and Anna Roberts from Brooks. He is survived by his siblings, MaryAnn Meek and Jim, Jane Bowden and Brian, Thomas Roberts and Donna, and William Roberts and Jeri.  He is also survived by many special aunts, uncles, nieces, nephews and cousins. Jody had many friends in the Greenville area during his time of living there.

A private family memorial service followed by a public celebration of life and chicken BBQ will be held at a later date.  Memories and condolence may be shared on his tribute wall.

Look inside to read what others have shared
Family and friends are coming together online to create a special keepsake. Every memory left on the online obituary will be automatically included in this book.
View Tribute Book
Services for Joseph Roberts Jr.
There are no events scheduled. You can still show your support by planting a tree in memory of Joseph Roberts Jr..
Plant a tree in memory of Joseph

Share Your Memory of
Joseph
Upload Your Memory View All Memories
Be the first to upload a memory!
Share A Memory
Plant a Tree