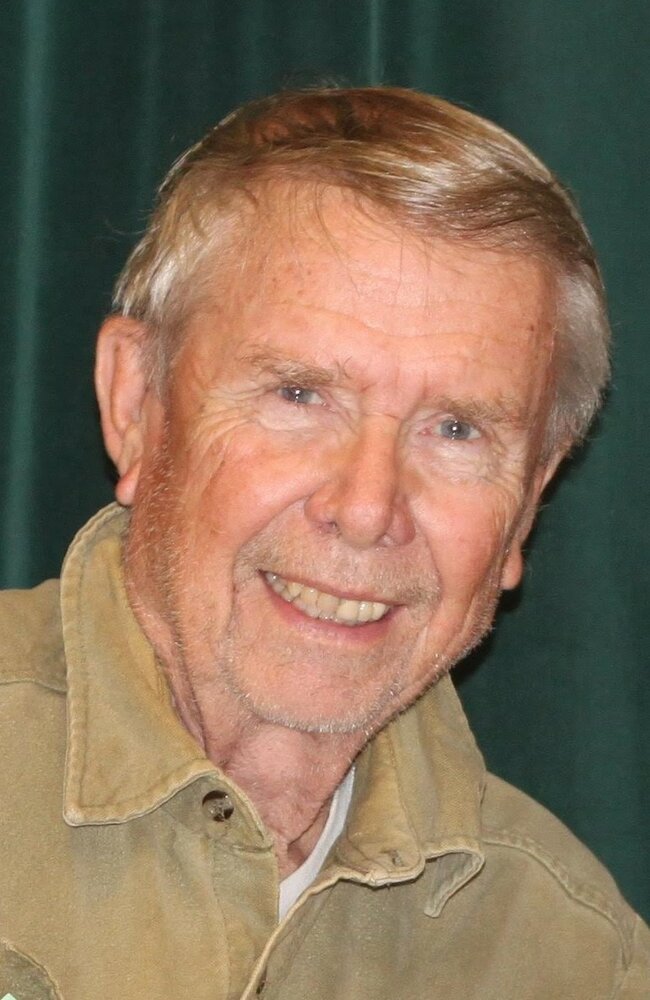 Please share a memory of Peter to include in a keepsake book for family and friends.
View Tribute Book

Peter Petersen was born December 11, 1939, in Berlin, Germany to Heinz Gottfried Petersen and Liselotte Ottilie (Eulitz) Petersen. He passed into eternal life on December 31, 2022, at home, surrounded by his loving family.

As a young child in WWII Germany, he was evacuated from Berlin to Dresden, where he experienced the firebombing, which he only remembered a few years ago, told in stories to his grandchildren. During his youth in Germany, he was confirmed in the Lutheran Church, loved to play soccer in his steel-toed shoes, and was on the youth team for the Werder Bremen Football Club.

After attending university in Bremen and working as a welder in a shipyard, he made the choice to emigrate to America. At the plane’s touchdown, he was required to sign up for the draft, before entering the United States. He went to work for his Aunt Sophie and Uncle Rudy Theurkauf, at the Hill City Deli in Summit, NJ. Through reading comic books, he learned American English, then got a job at research center AT&T’s Bell Labs, in Murray Hill, NJ, as a lab technician. After Bell Labs, he got a new job at Allied Signal. While at Allied Signal, he got drafted into the Army, where he served as a drill sergeant at Fort Dix. He often recalled his Army times with laughter and a twinkle in his eyes, especially with friends George and Tony. Despite his many escapades in the Army, we are happy to report that he was honorably discharged in 1969 and was proud of his time in the Army.

After his stint in the Army, he returned to Allied Signal and his career in scientific research began. At Allied he was appointed team leader of the High Pressure Center in the headquarters location in Morristown. His inquiring spirit and quest for knowledge led him to an almost fifty-year career at Allied, where he received numerous patents for his work. While at Allied, continued his education at NJIT and eventually graduated through Thomas Edison State.

While at Allied/Honeywell, he ran the Morristown Ski Club trips and the Golf Club. He managed a horse racing partnership with friends.  He took pride in maintaining his landscape, a skill early encouraged by his dear Oma, Christine Petersen.In 1979, Peter married JoAn Slywczak and they had two children, Katrina Issaquah and Tristan Henry. The family enjoyed many camping trips and visits to relatives in Germany, with a few side trips to whatever racetrack was nearby. As his children grew, he coached their soccer teams, and was a Scoutmaster of Watchung Area Council, Troop 263, New Providence.

After retiring to Maine in 2002, Peter dove into entrepreneurship. Frustrated at the lack of high-speed internet service, Peter established Mainely Wired, the first high-speed internet business serving his adopted home of Swanville, and expanded it to Chebeague Island, other islands on the Maine coast, and through central and Downeast Maine. His next venture, Mainely.org LLC was renovating and renting houses, which continues to this day.

Peter’s zest for life was ever present and he loved to play with his young grandsons, coaching and refereeing soccer teams at the Searsport High School and rec soccer in Winterport, as he had done for his own children in New Providence. He also continued to play soccer. The Gang Green Team in Belfast Maine was the last team he participated with, playing into his 70’s. Among his many soccer accolades, he was declared the oldest soccer player in Waldo County.

Peter is survived by his wife, JoAn of Swanville; daughter Katrina of Winterport and her sons Peter VanOverbeke, Kelvin and Anthony Larrabee; son Tristan of Windham and his son Baxter; Brother Torsten Petersen of Switzerland and sons JanThore and Fridolin and their mother Annette Petersen; sister Rosita Fischer of Germany and her sons Torsten and Norman Zagermann; Cousin Bruce Theuerkauf and wife Christine of Chatham, NJ. and many cousins from the Petersen side of the family. Sisters-in-laws Susan Kotula, Karen Slywczak, Ellen Ruddy, Jean Malarik, and Gene Slywczak, and their children.

Visiting hours will be at Riposta Funeral Home in Belfast, Maine on Saturday, January 7, 2023, from 4-6 pm with a brief service at 5 pm. A celebration of life will be held immediately following at Wentworth Events Center in Belfast, 6-9 pm.   Peter's usual Memorial Day picnic will be held on Memorial Day weekend in New Providence, New Jersey.  For information on this event contact JoAn at joanp@me.com.

Donations in honor of his memory may be made to WaldoCAP, the Belfast Area YMCA, or the Winterport Recreation Department.

Share Your Memory of
Peter
Upload Your Memory View All Memories
Be the first to upload a memory!
Share A Memory