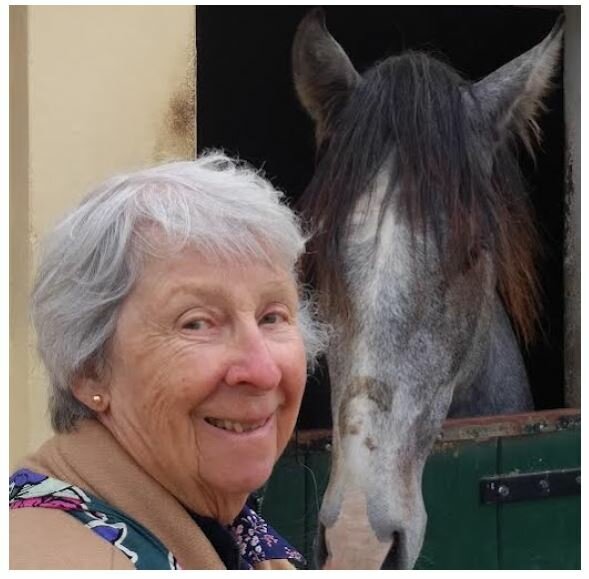 Please share a memory of Barbara to include in a keepsake book for family and friends.
View Tribute Book

She was born in 1935 in Lexington, Massachusetts, the first of the four children of Eugene Viano and Lillian Bradford.

After an early career in retail in Boston, in 1957 she married Army Captain Raymond O. LaRoche of Nashua, N.H. For the next 13 years, Barbara raised three children while the family was posted by the Army to cities around the country and in Germany. In 1972, the family moved to Searsmont and Barbara started an organic farm called Maple Brook Farm. Barbara’s days were full and happy with a herd of milking goats, a flock of sheep, laying hens, pigs, broilers, a horse and fields of vegetables. For several years, she also ran a bed and breakfast at the farm. Barbara enjoyed creating many perennial gardens around her house. An avid reader, Barbara always seemed to have a book in her hands. She helped start the Searsmont Town Library and was a volunteer there for years. Barbara served on various town boards including the Library and Planning Boards. She loved cooking, hosting friends, and watching New England sports. Later in life, she traveled domestically and abroad with her sister Jean.

Those who wish to remember Barbara can make donations in her name to the Friends of the Searsmont Library: P.O. Box 56, Searsmont, ME 04973. Condolences to the family can be expressed at ripostafh.com or sent to 254 Lawry Road Searsmont 04973.

To plant a beautiful memorial tree in memory of Barbara LaRoche, please visit our Tree Store

Look inside to read what others have shared
Family and friends are coming together online to create a special keepsake. Every memory left on the online obituary will be automatically included in this book.
View Tribute Book
Services for Barbara LaRoche
There are no events scheduled. You can still show your support by planting a tree in memory of Barbara LaRoche.
Plant a tree in memory of Barbara

Share Your Memory of
Barbara
Upload Your Memory View All Memories
Be the first to upload a memory!
Share A Memory
Plant a Tree