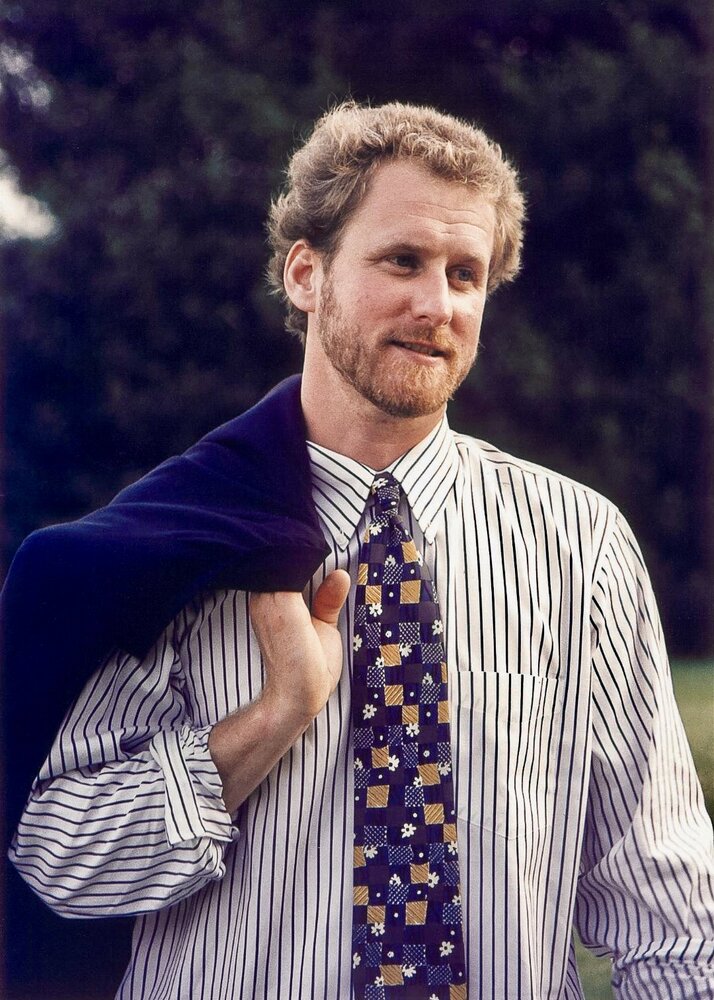 Please share a memory of Jamie to include in a keepsake book for family and friends.
View Tribute Book

Jamie, who most recently resided in Lincolnville, is survived by his two sons, Stuart and James; his mother Kate; sister Molly (Chock Griebel); brothers Mark (Karen), Matt (Frances), Chapman (Pam), Ben and Owen (Joy); nine nieces and nephews; four great nieces and one great nephew; and the mother of his children, Martha Conway-Cole. Also many cherished cousins and friends.

Jamie will be affectionately remembered for his gifts of storytelling, his devotion to elderly

friends, family and neighbors, and his ability to build and repair most things. Jamie had an infectious sense of humor and could regale life’s simple episodes with insights (and

impersonations) that were legend in his family. He was a truly kind gentleman and a beloved father. Jamie’s greatest joy was spending time with his sons in Rangeley, Moosehead, and Baxter State Park hiking, snowmobiling, fishing, and cross-country skiing. He was an avid reader of historical nonfiction and was knowledgeable about events that shaped the

world. This reinforced his profound love for being in the remotest parts of Maine where he aspired to settle someday.

Jamie was born and raised in Annapolis, Maryland amongst a large extended family with his

maternal grandparents and three other families of first cousins living close by. He learned his outstanding building skills initially in his brothers’ construction business and went on to work in several fine carpentry positions, including historical home preservation for several years in the French Quarter of New Orleans. He and his former wife then settled in Belfast, Maine in the 1990s where they raised their two boys and he established himself as a contractor working in numerous ventures, including owning and operating a successful business before transitioning to being an independent contractor.

For the past year, Jamie was working in Searsmont where he designed and converted a living space over the garage of one of his five brothers, with whom he spent countless hours working and talking about all things family, outdoors and retirement related. Importantly, he has been the caretaker for his mother Kate for the past twenty years, ensuring that she was comfortable in her old farmhouse and could transition through the seasons, and handle the modern adaptations of living in a 200-year-old home with all its idiosyncrasies. She always marveled at his ability to diagnose and remedy the mechanical challenges that seemed to endlessly present themselves. He will be missed dearly by all.

A celebration of his life will be held at the United Christian Church in Lincolnville Center at 1PM January 29, 2023. Donations in lieu of flowers can be made to Friends of Baxter State Park.  Memories and condolences may be shared on his tribute wall.

To plant a beautiful memorial tree in memory of Jamie Cole, please visit our Tree Store

Look inside to read what others have shared
Family and friends are coming together online to create a special keepsake. Every memory left on the online obituary will be automatically included in this book.
View Tribute Book
Services for Jamie Cole
There are no events scheduled. You can still show your support by planting a tree in memory of Jamie Cole.
Plant a tree in memory of Jamie

Share Your Memory of
Jamie
Upload Your Memory View All Memories
Be the first to upload a memory!
Share A Memory
Plant a Tree