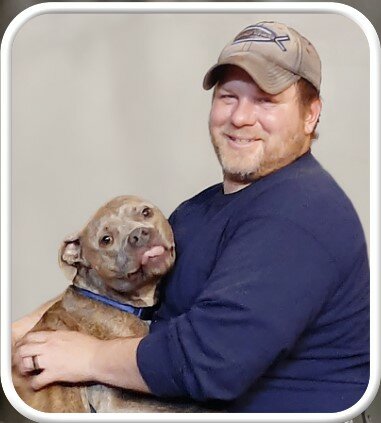 Obituary of Damian A. Kirby

Please share a memory of Damian to include in a keepsake book for family and friends.
View Tribute Book

Montville - Damian A. Kirby, 37 years, of Montville, ME, passed away unexpectedly Friday, November 4, 2022.

He was born July 3, 1985, in Belfast, Maine.  Attended elementary school in Lincolnville and graduated from Camden High School in 2004.  During his younger years, he was an avid wrestler and competed throughout school as well as traveled around New England.

After high school, he studied diesel mechanics at Eastern Maine Community College.  Damian enjoyed fishing with his brother and hunting with his wife sharing their love of all things outdoors.  He had a passion for loud trucks, mud runs, four-wheeling, and snowmobiling.

Damian was skilled at mechanics and his skill was shown in his carpentry, landscaping, and diesel mechanics and he could fix just about anything.  He had a strong-willed and independent personality that those close to him remember fondly.

He was predeceased by his grandfather William Kirby.

Survivors include his loving wife, Rebecca (York) Kirby, of Montville; his beloved dog Chance; his mom Susan Faulkingham and husband Nick of Waldo; father Jody Nadeau of Belmont; sister Ayla Dyer and husband Ben and their children Skyla, and Mason; brother Dylan Bucklin of Morrill; step-siblings Audra, Jackson and Connor Faulkingham; grandparents Mary Waite and husband Gordon of Camden; father and mother in law John and Karen York of Montville; sister in law Sharon York and partner Tom of Pennslyvania and niece Jordyn; brothers in law Michael York and partner Kelly of New York and nephew Nicholas, and Matthew York of Montville; special aunt Robin Desmond and husband Tom and cousin Derilyn Gregory and husband Shawn; uncles Bill Kirby and wife Lori Ann, Norman Kirby and wife April as well as all of their children; aunt Sharon Magno and her children Dan and Dominic; and several special family and friends too numerous to name.

In lieu of flowers, the family asks anyone who wishes to, may make memorial contributions in his memory to an Addiction Recovery Program of their choice.

Share Your Memory of
Damian
Upload Your Memory View All Memories
Be the first to upload a memory!
Share A Memory