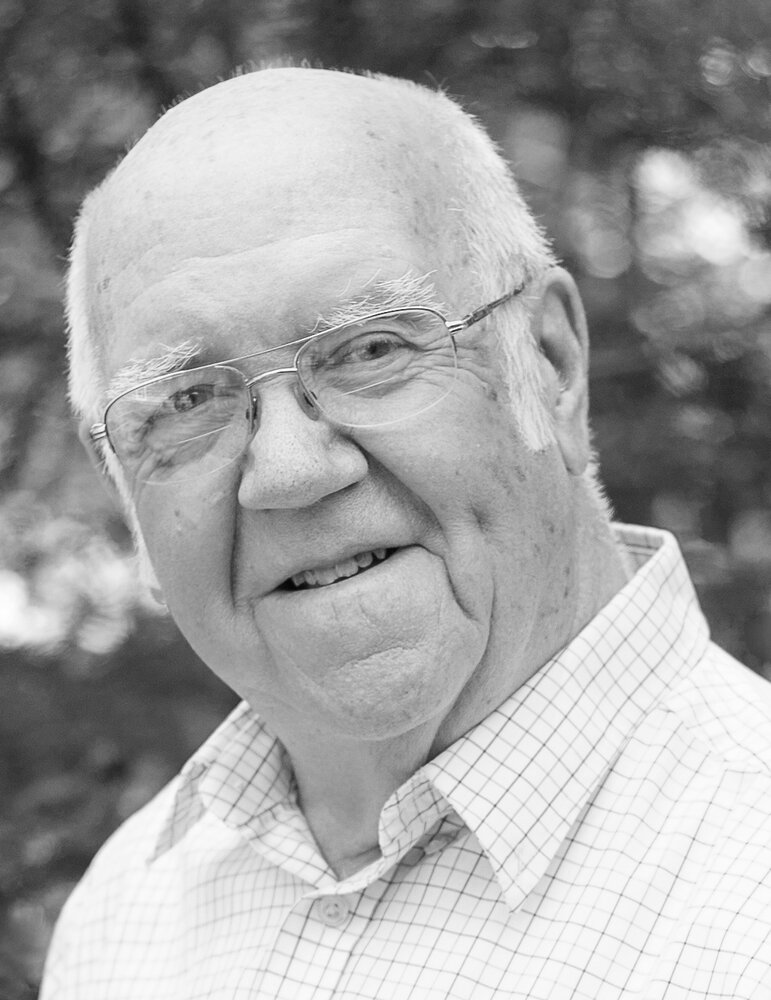 Please share a memory of Erwin to include in a keepsake book for family and friends.
View Tribute Book

Erwin Paul Flewelling entered his Savior’s rest on October 24, 2022, after a brief illness. Erwin was born on December 6, 1935, in Crouseville, ME, to the Rev. G. Frederic Flewelling and Avis (Crouse) Flewelling.

Following high school he married his sweetheart, Ellen Lois Finch of Northfield, MA, then spent two years in the Army stationed in Youngstown, NY. After serving, they moved back to Massachusetts and eventually landed in Springfield where he worked for the U.S. Postal Service. In 1961, Erwin transferred to Calais, ME, with his growing family where he joined the U.S. Customs Service, eventually rising to the rank of Port Director. Erwin and Ellen built a home in Bridgewater, ME, where they raised their seven children. He also designed and built new homes for his family in Van Buren and Northport and three different camps on Big Lake and Long Lake.

When nearing retirement age, he developed a remarkable talent for carving wildfowl and songbirds, eventually competing in several state contests and the Ward World Carving Competition. Many of his works won “Best in Show” at the state level. He was a founding member of Penobscot Bay Carvers & Artists Association.

He faithfully served his church community in many ways over the years. His steadfast faith, godly wisdom, and consistent walk with God were evident to all. He served as President, Treasurer and Trustee of Big Lake Campmeeting Association. There were several cabins and many building improvements because of Erwin’s skills as a craftsman.

Erwin was known and loved for his punny sense of humor, his gentle spirit, and his strong faith in God. He loved fishing, especially on Big Lake where he was known for his careful assistance in relieving the lake of many salmon and bass.

Erwin is survived by his wife of 68 years, Ellen, and six children, Donald Flewelling, and his wife Karen of Presque Isle, ME; Lois Walton of Caribou, ME; Robin Switzer, and her husband Brian of Hermon, ME; Noelle Carle, and her husband Russell of Dayton, ME; Timothy Flewelling, and his wife Melissa of Addison, ME, Neal’s wife Tracy (Pierce) Flewelling of Northport, ME; and Sandra Flewelling of Prospect, ME.  Erwin was predeceased by his son Neal Flewelling of Northport, ME and a son-in-law Cecil P. Walton of Caribou, ME.  He had thirteen grandchildren, thirteen great-grandchildren.

His only remaining sibling is Anna Newton of Vernon, VT. He was predeceased by four brothers, Leo, Gerald, William, and Wilmot; and one sister Clarissa Jordan.

A memorial service will soon be announced.

A memorial fund has been set up at Big Lake Campmeeting. See BigLakeCampmeeting.com for online donations. Online condolences may be shared with his family at Riposta Funeral Home at RipostaFH.com.

To plant a beautiful memorial tree in memory of Erwin Flewelling, please visit our Tree Store

Look inside to read what others have shared
Family and friends are coming together online to create a special keepsake. Every memory left on the online obituary will be automatically included in this book.
View Tribute Book
Services for Erwin Flewelling
There are no events scheduled. You can still show your support by planting a tree in memory of Erwin Flewelling.
Plant a tree in memory of Erwin

Share Your Memory of
Erwin
Upload Your Memory View All Memories
Be the first to upload a memory!
Share A Memory
Plant a Tree