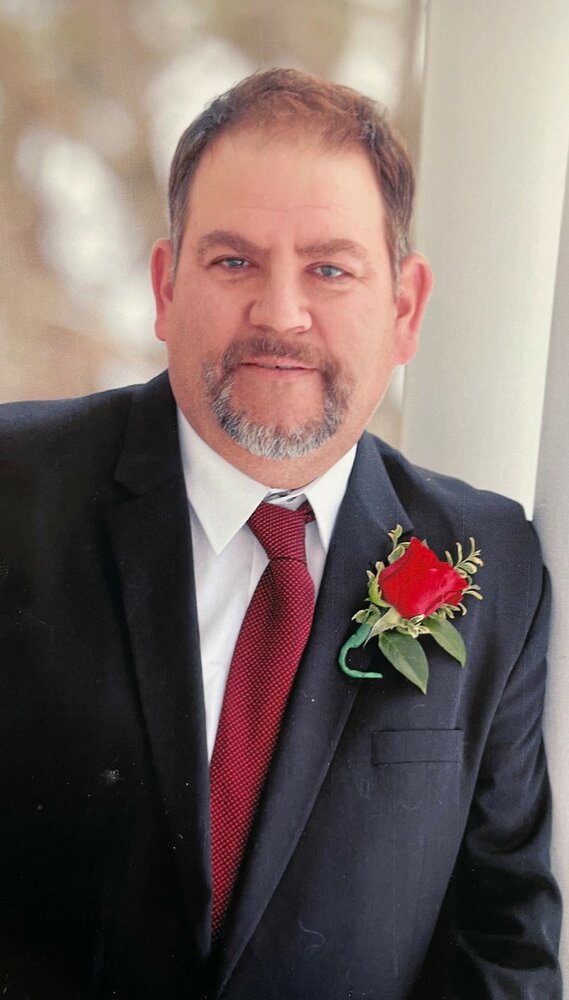 Please share a memory of Robert to include in a keepsake book for family and friends.
View Tribute Book

BELFAST- Robert (Bob) Hills, 53, died unexpectedly on October 19, 2022, at home with his wife Dayne by his side. He was born April 22, 1969, to Carl and Barbara (Fuller) Hills. Robert grew up in Belfast, attended local schools and graduated from Belfast Area High School and Washington County Vocational Technical Institute in Calais where he received a 2-year accreditation in Auto Mechanics and obtained his CDL. Most recently he was re-employed with the City of Belfast Public Works Department.

Bob married Dayne Beckett on December 13, 2014 and shared their home with her two sons Joshua and Dylan Chase, along with her grandson Ryan who affectionately called him Grampa. Bob raised and cherished his two dogs, Shadow & Shieba, as children who predeceased him.

Robert’s greatest love was his family; he stayed closely connected with his parents, siblings, nieces and nephews; he always gave unwavering support and leant an ear when needed. He enjoyed his garage, which was a work in progress that he mostly constructed himself. Bob liked to deer hunt and was looking forward to some bird hunting. One of Bob’s favorite past-times for a few years was racing his #25 Charger at Unity Raceway and most recently getting back to Vintage car racing.  He was excited to be back with old racing friends, fans in the stands, and of course the Pit Crew. Bob brought a smile to many with his dry sense of humor.

Robert is survived by his loving wife Dayne, his parents Carl and Barbara Hills of Searsmont; brother Alan and wife Donna of Searsmont; sisters Carla and Mohammad Beladi of Dedham, MA; Lori-Anne Wilson of Gray, his nieces and nephews: Sarah and Jonathan; Faried and Kristina; Mallory and Cody; Neil, mother-in-law Denise Beckett of Belfast, along with a large extended family with many cousins and best buddies.

Share Your Memory of
Robert
Upload Your Memory View All Memories
Be the first to upload a memory!
Share A Memory
Plant a Tree