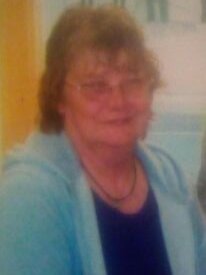 Cynthia “Cindy” Billings, 70, passed away at Waldo County Hospital on October 9th, 2022. She was born in Appleton, Maine on June 22, 1952. Daughter of Howard Sukeforth, Sr. And Stella (Esancy) Sukeforth.

Cindy was a graduate of Camden High School, worked at Penobscot Poultry Plant for many years and then waitressed at numerous diners in the area.

She is predeceased by her parents, her first husband, Richard Eggen, her oldest daughter, Angel, only son, Calvin, brother Howard “Howdy” Jr., and sister Loretta.

The family would like to send a special thank you to Waldo County nurses and doctors for all the special care they gave to Cindy.

Share Your Memory of
Cynthia
Upload Your Memory View All Memories
Be the first to upload a memory!
Share A Memory