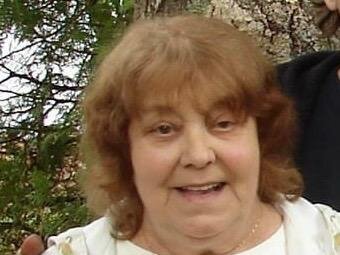 Please share a memory of Shirley to include in a keepsake book for family and friends.
View Tribute Book

Shirley M. Dawson Noyes of Montville passed away at her home on September 24th, 2022, with her companion Butch by her side. She was born on March 5th, 1945 in Washington, ME to Ray and Avis Pardoe Dawson. She attended local school and later in her life she got her G.E.D.

Shirley worked a few jobs, including the Belfast group home for 14 years until she retired.

She married Richard E. Noyes of Union and they had six children. She was predeceased by her parents, husband Richard, one daughter Victoria, and one son Sheldon.

Graveside service at Shuman Cemetery October 15 at 1:00 PM with a gathering at Marjorie's house after.

To plant a beautiful memorial tree in memory of Shirley Noyes, please visit our Tree Store

Look inside to read what others have shared
Family and friends are coming together online to create a special keepsake. Every memory left on the online obituary will be automatically included in this book.
View Tribute Book
Services for Shirley Noyes
There are no events scheduled. You can still show your support by planting a tree in memory of Shirley Noyes.
Plant a tree in memory of Shirley

Share Your Memory of
Shirley
Upload Your Memory View All Memories
Be the first to upload a memory!
Share A Memory
Plant a Tree