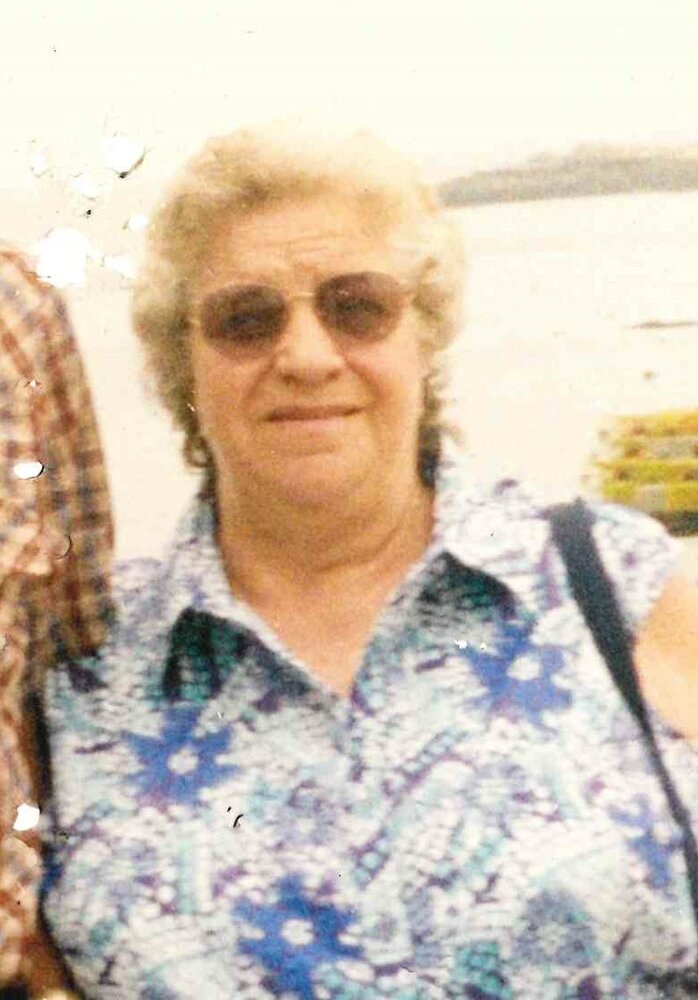 Please share a memory of Hazel to include in a keepsake book for family and friends.
View Tribute Book

HAZEL AGNES (TIBBETTS) KLEINSHMIDT, 86, passed away in Camden on September 16, 2022.  Hazel was the daughter of the late Annie Seigers, Hubley, Tibbetts, Baker and the late Fredrick Tibbetts.  She attended Whitefield Grammar School and in 1949 at the age of 14, she joined the devoted life members of the Arlington Grange in Whitefield, Maine.  She graduated from Wiscasset High School and in 1953 moved to Connecticut.  In Connecticut, she married Lawrence Parlin, On June 6,1958 they were blessed with a daughter, Judy Parlin who passed away on that same day.  While in Connecticut, Hazel joined the Stafford Spring Grange where she was a member for 25 years.  While in the Grange, she received her 1st, 2nd, 3rd, 4th degree and 5th degree Pomonia.  Hazel attended Mansfield Training School and received her CNA certificate where she worked as a home health care worker.  In 1980 she moved back to Maine and joined the Jefferson Village Grange where she received her 6th National Degree and 7th State National Grange.  In August 2022, she received a certificate for being in the Grange for 75 years.  Hazel was also a gate keeper, lecturer and a Steward.  On June 18, 1983, she married Richard Kleinschmidt until his death in 1989.  She then worked at the Cohen Center in Hallowell, Maine until her retirement.  Hazel moved in with her companion, Frank "Beanie" Holmes in 1999 and lived on the Griffin Road in Windsor until he passed on June 19, 2015.

Hazel wanted to thank Windward Gardens for their excellent care they gave her and Maine Healthcare Hospice at Home for being there for her through her last days.  She will be buried in Fairview Cemetery in Jefferson, Maine where a service will be held on October 1, 2022 at 11 a.m.  Memories and condolences may be shared on her tribute wall.

Share Your Memory of
Hazel
Upload Your Memory View All Memories
Be the first to upload a memory!
Share A Memory
Plant a Tree