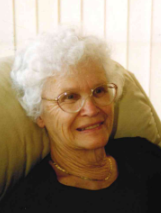 Joanne married James DeGraff on June 8, 1952. Together, they built a life and raised a family for 65 years, until his passing in January 2017. She worked for F.W. Woolworth, The Camden Store & The Journal Press before retiring from SAD 34 where she was a cook at the Robertson School.

Since her retirement, she and her husband Jim enjoyed many years at Rainbow Village RV Park in Zephyrhills, Florida. Joanne and Jim enjoyed going camping with their many friends and family. She also enjoyed reading and playing Bingo.

In addition to her parents, Joanne was predeceased by her husband, James, and her two sisters, Hope Smith, and Patricia Richards.

A private burial will take place at a later date.

To plant a beautiful memorial tree in memory of Joanne DeGraff, please visit our Tree Store

Share Your Memory of
Joanne
Upload Your Memory View All Memories
Be the first to upload a memory!
Share A Memory
Plant a Tree