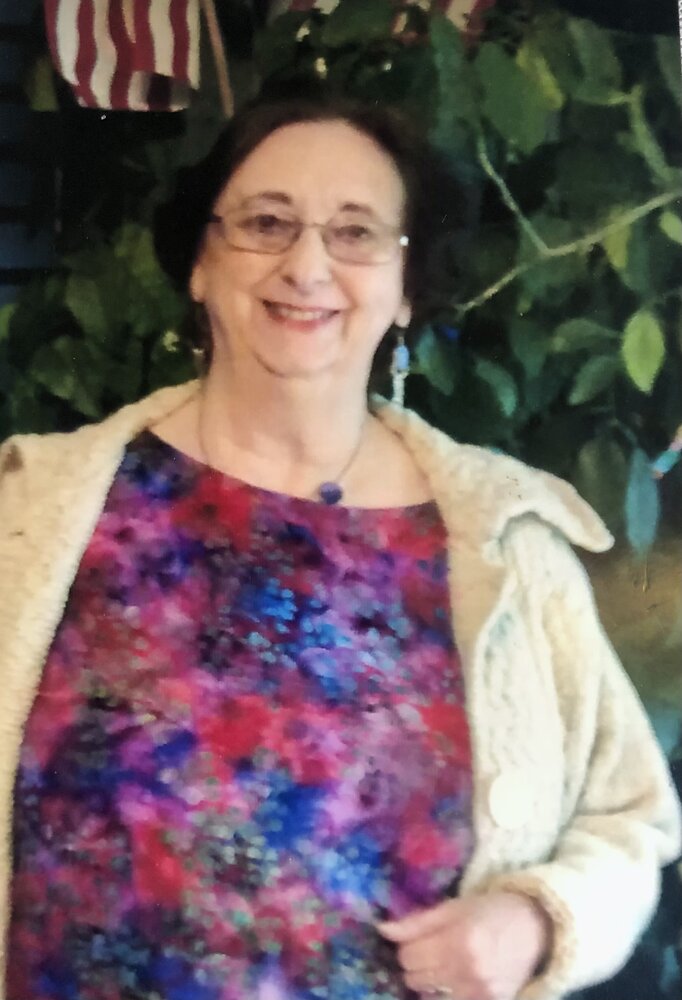 Please share a memory of Gail to include in a keepsake book for family and friends.
View Tribute Book
Gail Evelyn Berry of Lincolnville, who passed away peacefully at home on Friday, April 1st surrounded by her family after a short battle with lung cancer, was a Maine girl from the first to the last. Her connection to her coastal home was a strong bond that defined her whole life as an artist, a gardener, and proud wife of a lobsterman. Born literally on the ocean between 100 Acre Island in the Penobscot Bay and Rockland as her family raced over the water to the hospital on June 7th, 1952, the water would continue to play a major role in her life. She was raised on Islesboro where she spent many happy days as a child beach combing and exploring the coves and cliffs of her seaside home. After graduating from the Kent’s Hill School near Augusta, she attended college for two years in “the big city” at Cleveland State University before moving back home and marrying Steven Caldwell who was an active-duty member of the Coast Guard. After Caldwell’s untimely death a few years later, Gail moved her small family inland to Brooks where she renovated a wonderful old three-story home and was an active member of her local church. During this time, she also proudly owned a bookstore in Belfast and was a “go-to” seamstress for many local theatre productions. After marrying lobsterman Dana Berry, she moved her family back to the coast in Lincolnville and spent many years active in the local community on many fronts, including farmer’s markets, local theater productions and more. In her last years she was very energetic and engaged in local button clubs and in helping with the running and organization of the Brick Church homeless outreach ministry in Bangor. Gail was passionate about creating visual art in many forms (including stained glass, landscape design, painting, and drawing) and her many art works could be seen throughout her home and shops throughout the mid-coast area. She was also a lover of Collies, which she owned nearly a half-dozen in her lifetime. She is survived by her husband, Dana Berry, her brother Dale Hatch and his wife Karen, her three children and their spouses, daughter Victoria and husband Jason, son Alex and wife Julie, and son Nicholas, as well as four grandchildren India, Ireland, Ira, and Francis. Gail will be missed greatly by her family and friends but will live on through her artwork and the many small kindnesses she showed in her lifetime.
To plant a beautiful memorial tree in memory of Gail Berry, please visit our Tree Store

Look inside to read what others have shared
Family and friends are coming together online to create a special keepsake. Every memory left on the online obituary will be automatically included in this book.
View Tribute Book
Services for Gail Berry
There are no events scheduled. You can still show your support by planting a tree in memory of Gail Berry.
Plant a tree in memory of Gail

Share Your Memory of
Gail
Upload Your Memory View All Memories
Be the first to upload a memory!
Share A Memory
Plant a Tree