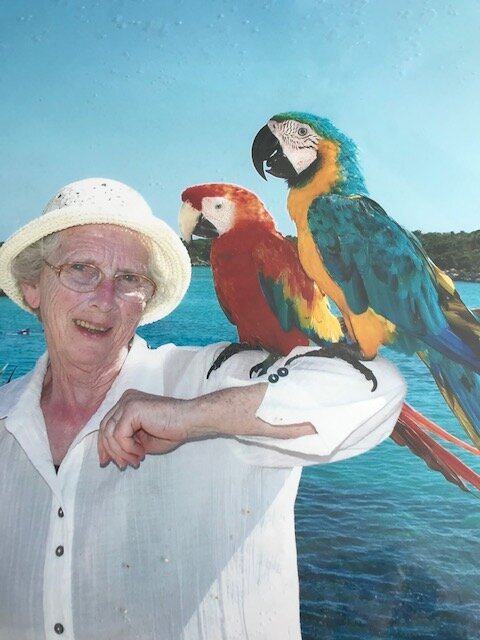 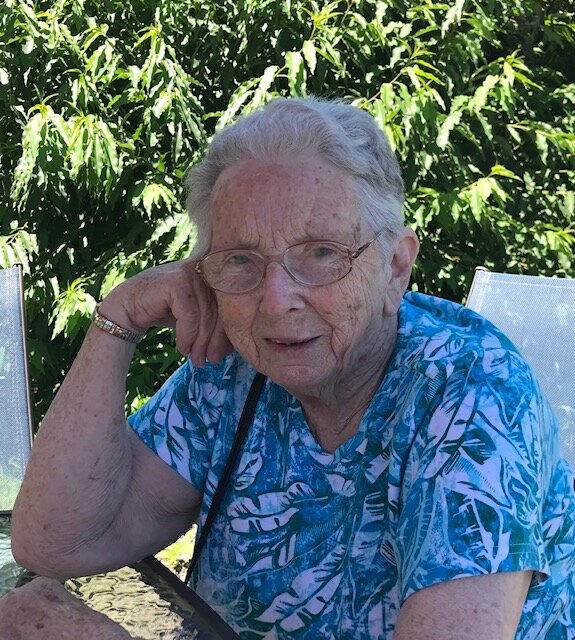 Please share a memory of Carole to include in a keepsake book for family and friends.
View Tribute Book
Carole Thomas Hardy, 89, of Lincolnville, died March 11 at the Harbor Hill nursing facility in Belfast, following a six-year struggle with memory loss. She was the daughter of Lloyd H. Thomas and Doris Milliken Thomas and a 1950 graduate of Camden High School. While in high school, Carole was a star basketball and softball player, and her team was part of the Camden High School girls basketball team’s amazing 88- game winning streak. She continued pitching in softball leagues up into her 50s. She also loved 10-pin bowling and bowled in the former Chestnut Street YMCA’s bowling league for many years, often winning the league’s highest average trophy. She participated in tournaments around the state and one year won the Maine Championship tournament at Jerrybrook Lanes in Augusta. Following her high school graduation, she moved to Dover, NH, where she joined her sister, Julie, to work as a proofreader at the Foster Daily Democrat. She returned to Camden for six months working briefly for the Courier Gazette. In 1952 she journeyed to Puerto Rico to marry her high school sweetheart, Kenneth R. Hardy of Lincolnville, who was an aircraft mechanic in the Air Force and stationed at Ramey Air Force Base in Aguadilla, PR. There they spent over two years celebrating a long honeymoon. They were married for 63 years and would have recently celebrated their 70th wedding anniversary. After returning home to the Camden area in 1955, she eventually lived in a house at Youngtown Corner built by her husband and father-in-law, George Hardy. They later moved to a new house on Megunticook Lake built on the original land of a camp George had built in 1925. The new “Camp” as it is called by the family, was Carole’s favorite place in the world. Most days, she would take extended 2-mile walks around the Fernald’s Neck loop and Nature Preserve until a bad hip forced her to curtail them. Other days, she and Ken would go for drives around the area, usually stopping for their favorite ice cream treats somewhere along the way. Another favorite pastime was playing cards and board games with her family and best friend Lois Landrith. Carole was an avid traveler and visited all but four of the United States, traveling by RV with friends, taking her grandchildren to Disney World, visiting nieces and nephews in the Southwest, and in her later years going on many Caribbean cruises with her daughter, Cathy. While on cruises, she continued to display her athletic prowess, shooting basketballs on deck and beating younger men in onboard ping pong tournaments. It was quite a sight to see her dispatching younger opponents and she became a ship celebrity for those who saw her play. Her other passion was quilting, and hundreds of her colorful quilts adorn cribs and beds throughout the Midcoast. One of her favorite quilts was the one she made for Molly Brown, the winner of the 2000 Maine Soap Box Derby. In fact, it was Carole’s idea that sparked the return of the race to Maine after she had mentioned to her daughter how much she used to enjoy watching the race in Camden. Hundreds of Maine children got to enjoy the race experience thanks to her original idea! Carole was a devout Christian and a member of the Rockport Baptist Church and later the Cornerstone Baptist Church in Camden for many years. She was particularly interested in missionary work, since her sister Julie had been a missionary in Brazil for many years. At the Church, she helped support the Church’s sponsored missionaries and also took pride in coordinating the bulletin board of activities for Church members. Despite being a working mom for more than 20 years, her pride and joy was her family, as she and Ken raised their four children in Lincolnville. Her children fondly remember “marathon game days” and her tireless support at their athletic events. She never missed an opportunity to tell anyone who would listen how proud she was of them and how much she loved her husband. Carole’s illness was a challenge for her family, but throughout the past six years, she managed to maintain a positive outlook and keep her great sense of humor. She was proud to call herself “a tough old bird”, which she was until the end. She was predeceased by her beloved husband, Ken; her sister Julie Bennett; and her parents Lloyd and Doris Thomas. She is survived by her four children: Cathy Hardy and Karen Hardy of Stockton Springs, son Kerry Hardy and daughter Kristi Hardy-Gilson of Lincolnville; six grandchildren, Thomas and Ewan Hardy of Lincolnville, Lydia Hardy Lamberth of South Portland, Cameron Prescott of Ellsworth, Jaclyn and Trajan Gilson of Lincolnville; her sister-in-law Elinor Beloin and brother-in-law Norman Beloin; and many nieces and nephews. She will also miss her dear best friend Lois Landrith of Camden. The family is planning a small graveside service for her friends, neighbors, and church family on her birthday, Saturday, May 21 at 11:00, followed by refreshments at the Camp on Megunticook Lake. In lieu of flowers, the family encourages a donation to the Cornerstone Baptist Church’s “Missionary Support Fund” in Carole’s name.
To plant a beautiful memorial tree in memory of Carole Hardy, please visit our Tree Store

Look inside to read what others have shared
Family and friends are coming together online to create a special keepsake. Every memory left on the online obituary will be automatically included in this book.
View Tribute Book
Services for Carole Hardy
There are no events scheduled. You can still show your support by planting a tree in memory of Carole Hardy.
Plant a tree in memory of Carole

Share Your Memory of
Carole
Upload Your Memory View All Memories
Be the first to upload a memory!
Share A Memory
Plant a Tree