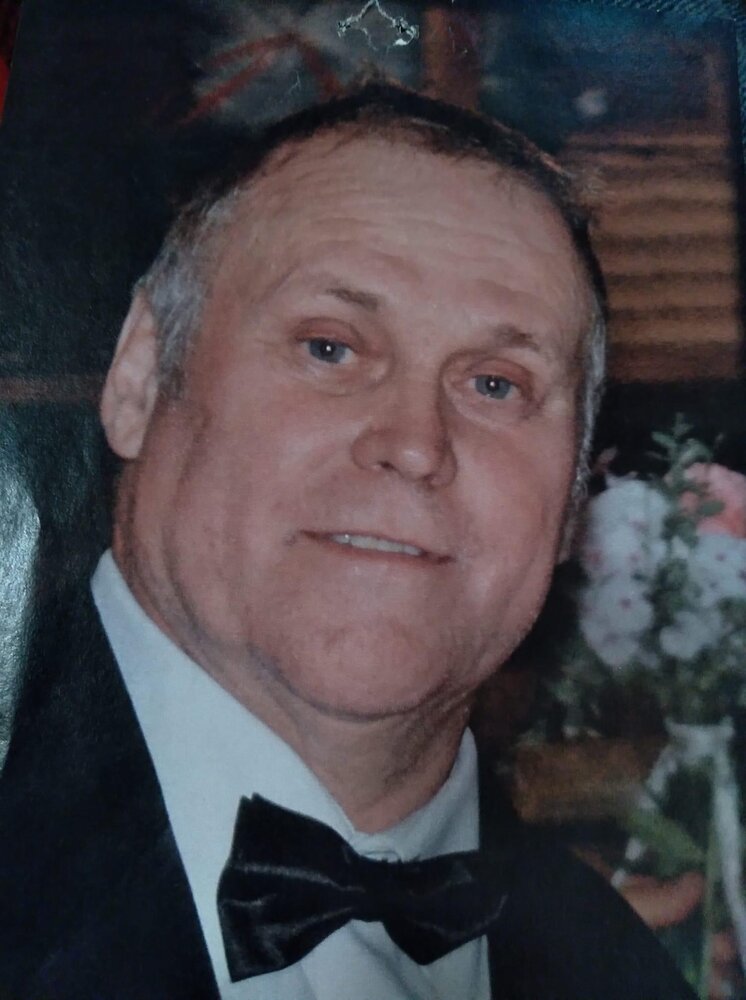 Please share a memory of Laurence to include in a keepsake book for family and friends.
View Tribute Book
Laurence “Larry” K. Dodge Jr., 68, of Jackson, Maine passed away peacefully with his wife Marjorie and two sons Chris and Chad by his side at St. Joseph Hospital on February 16, 2022. Due to COVID restrictions, many other family members were gathered together outside. He was born on May 6, 1953, at a Bangor Hospital to the late Laurence Dodge Sr. and Doris (Brown) Dodge. He grew up in Jackson Maine working on the Family Farm. After graduating from Mount View in 1971 he worked at Penobscot Poultry. He then worked at Custom Drywall in Searsmont before finding his true passion as a mechanic and becoming self employed. Soon after high school he met and married his first wife Brenda Meier in 1974. They then had three children Christopher, Chad and Laurie. He married his second wife Wendy Jo (LeSan) Herbest where they started their forever home. Larry was a stepfather to Tiffany and Joshua. He was with Wendy for ten years before losing her in a tragic accident on August 29, 1994. It wasn't until six years later that he then met his current wife, Marjorie (Fletcher) Alexander in 2000. They later married on July 26, 2003. They spent twenty-two wonderful years together where they raised her four daughters; Renee’, Tia, Lillie and Emily. They both loved adventuring together. From snowmobile trips on his Arctic Cat to Bike week in Laconia on his Kawasaki. Larry loved working on all things with an engine and could fix just about anything with some WD40 and a pair of vise grips. Larry owned a small engine repair shop, The Jackson Sled Shed for many years. He also enjoyed anything to do with the outside, whether it be working on his crystal clear pool or drag racing his motorcycle back in the day. He spent his years enjoying what he loves most; his family, his loving wife Marjorie, his mother Doris Dodge, his sister Barbra, his son Chris Dodge and wife Jennifer, son Chad Dodge and wife Christy, Daughter Laurie Whittemore, Tiffany Herbest and fiancé Andy Smith, Joshua Herbest, Renee’ Hayward and husband Brian, Tia Billiard and husband Mike, Lillie Tuck and husband Joseph, Emily Spaulding and husband Casey, Kathy and all 26 grandchildren. He was so grateful for all of his extended families and friends he made over the years. Larry is predeceased by his father Laurence Dodge Sr, brother James Dodge and late wife, Wendy Dodge. The family would like to give a special thanks to Dr. Dixon, his staff and the ICU staff at St. Joseph Hospital. In lieu of flowers, donations may be made to The Jackson Wheel and Ski. A contact would be Jennifer Works at (207)722-3206. A Celebration of Life will be February 26 at the Jackson Community Center at 262 Village Road Jackson at 12:00pm. There will be a funeral service and graveside at the Jackson Corner Cemetery on May 6th at 11 am.
To send flowers to the family or plant a tree in memory of Laurence Dodge Jr., please visit Tribute Store
Saturday
26
February

Share Your Memory of
Laurence
Upload Your Memory View All Memories
Be the first to upload a memory!
Share A Memory
Send Flowers
Plant a Tree