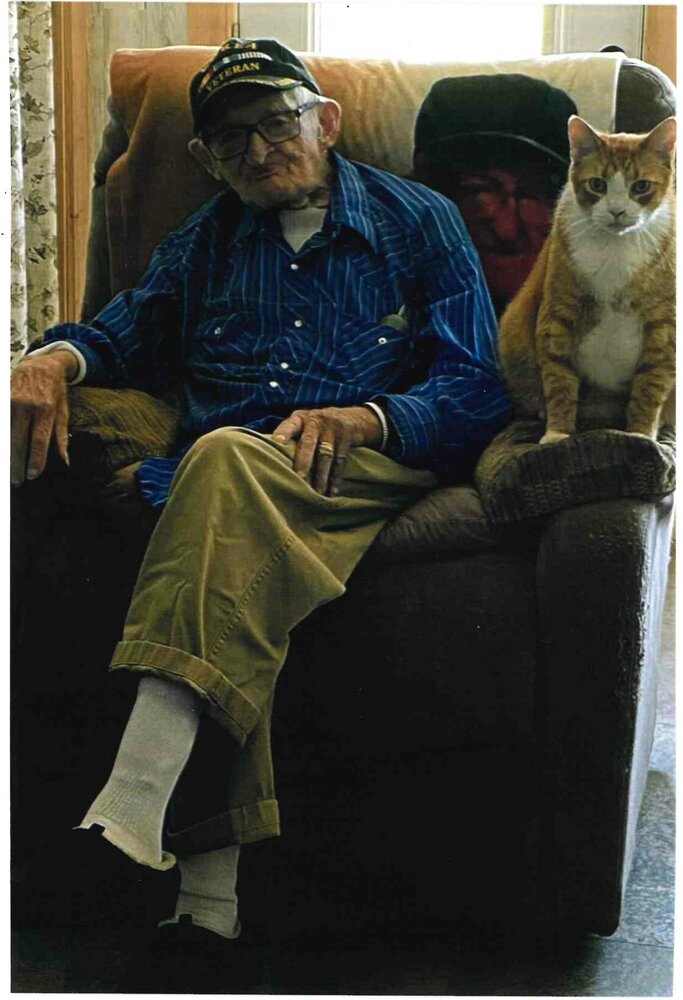 Please share a memory of Alvah to include in a keepsake book for family and friends.
View Tribute Book
ALVAH R. GORDON January 17, 1929-November 28, 2021 Alvah (Red) Gordon was called home to be with the Lord on Sunday November 28th, 2021, at his home in Belfast. Red, (as he was always called due to his fiery red hair) was born January 17, 1929 in Thorndike Maine to Ruby Merry and George Gordon. He grew up quickly, and worked at the grain mill in Thorndike as a boy to support his father. When he turned 18 he was drafted into the Army, and served in the Korean War. He met and married the love of his life Gloria Jean Palmer in 1962, and they were happily married for 52 years, until her sudden passing on June 6, 2014. Red's favorite job was as the Engineer of the Belfast & Moosehead Lake Railroad. He retired after 18 years, but never lost his love of trains. He was a loving husband, a wonderful Father and a kind human being. His smile was always there even at the end. He was 92. He is predeceased by his wife Gloria (Jeannie) Gordon, son Dale R. Gordon, Parents and Siblings. He is survived by his daughter Mary Armstrong-Bowden and husband Doug Bowden, daughter Tina Gordon Hall and husband Larry Hall. Grandchildren Amanda Armstrong Hopkins, Dustin Armstrong and Brett Armstrong Jr. He had several great-grandchildren that he loved dearly, nieces and nephews. Red spent his last years at home, with his daughter Tina. She and her sister Mary cared for him with much love and care. He will be missed by all who knew him. Graveside Services with Military Veteran Honors will be in the Spring, at the Smart Cemetery in Belfast. Memories and condolences may be shared on this tribute wall.
To plant a beautiful memorial tree in memory of Alvah Gordon, please visit our Tree Store

Look inside to read what others have shared
Family and friends are coming together online to create a special keepsake. Every memory left on the online obituary will be automatically included in this book.
View Tribute Book
Services for Alvah Gordon
There are no events scheduled. You can still show your support by planting a tree in memory of Alvah Gordon.
Plant a tree in memory of Alvah

Share Your Memory of
Alvah
Upload Your Memory View All Memories
Be the first to upload a memory!
Share A Memory
Plant a Tree