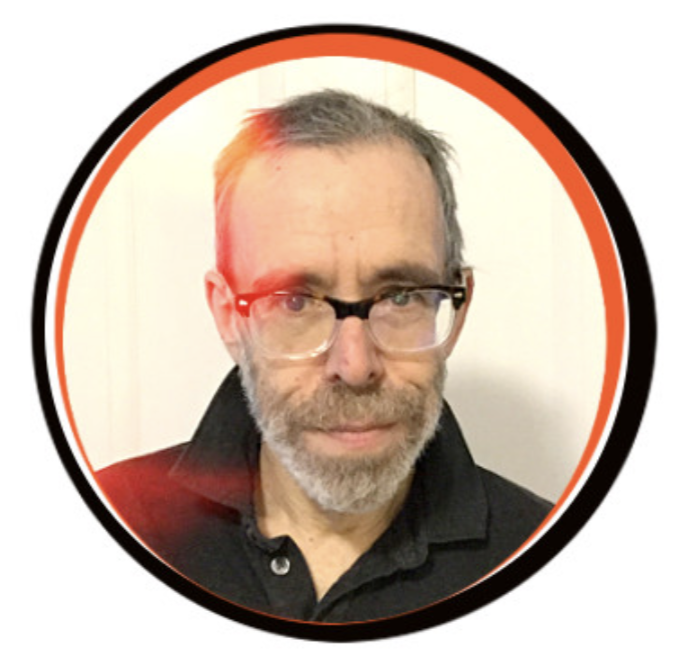 Please share a memory of Alan to include in a keepsake book for family and friends.
View Tribute Book
Our dear Al has left us unexpectedly and far too soon. On Saturday morning of October 16, 2021, Alan Jay Arthur died at home in Belfast after a brief run-in with an insidious cancer. He will be loved and remembered for his integrity and reliability, the love and care he gave his family, his sensitivity for others, and his gentle demeanor and bashful laughter. We will miss his brilliance and creative energy, his theorizing about the curiosities of life, and his dismay at the unjust ways of this crazy and complex world. He was a quiet man with a large heart and an expansive portfolio of talents and accomplishments. Always striving for excellence in his work, he’d meet personal challenges and move forward to the next. Al was born on April 23, 1955, in Boston and raised in Brockton, Massachusetts, by two artists, Robert and Bernice Arthur. He played ball, went to camp, was an inspiring brother to his little sister, served as editor of his school newspaper, played guitar in several bands, and endured a quick stint at Southeastern Massachusetts University as a painting major. After which, at his studio in Brockton, Al voraciously produced a body of large-scale photorealist paintings, which he then never talked about. At age 24, Al moved to New York City where opportunity and the working-artist culture helped invigorate his lifelong process of reinventing himself and flourishing. Al gave everything he had to whatever it was he decided to do, and he could also at times be unabashedly irreverent. He started out in the city finding prop-maker and other art-related work. If you ever had the good fortune of walking into the Pyramid Club in New York City on a particular night in the early 80s, you might have found Al on stage sitting at a found-object drum kit, stomping out a bass beat on a blinking highway barrel, playing ferociously, knocking over his stool, beating on a plastic Santa Claus, and smashing out cymbal crescendos until his hands bled. He also played a normal drum kit with a slightly more conventional band with gigs at such clubs as Danceteria, the Mud Club and CBGB’s. He also worked on giant floats for Macy’s Thanksgiving Day Parade, built a rehearsal studio in his loft for bands like Listen to the Animal, Y Pants, Sonic Youth, and he toured from Austria to Tokyo and across the US playing guitar with the avant-garde composer Glenn Branca and his orchestra. During the 90s, Al and his partner at the time created a video company where Al became the highly sought-after video, post-production workaholic genius of The Outpost in Williamsburg, New York. Then, a move to Bridgeton, New Jersey, spurred Al to open an internet cafe, GoGo Surfer, aimed at providing computer access for the town’s less fortunate. Leaving there he headed to Lawrence, Kansas. Al played drums with his new trio and gigged around the town. In an effort to get back into shape, Al found work at the Lawrence Art Center as the entire janitorial department, a post he knew would keep him in constant motion for 40 hours a week. This is when he also began to seriously immerse himself in the art of web design, with the Lawrence Art Center being his first bona fide client. From there, Al rolled his van on up to Belfast, Maine, in 2005 to be close to his sister and to start anew once again, but now wearing the hat of webmaster. While he built his web-design business in this burgeoning coastal community, he worked cleaning houses for Yo Mamma’s Home and could be found humbly sweeping floors at the Co-op where, in the cafe on Saturday afternoons, he and his mom Bernice “Neicy” would meet regularly after she moved to Belfast in 2006. Unlucky in love and naturally self-effacing, Al had resigned himself to bachelorhood until Bernice, ever on the lookout, invited the talented and incomparable artist, musician Julie Rose to sit with them one weekend. Sparks ultimately turned to flame. They were married in Belfast City Park on October 6th, 2012. Meanwhile, Al’s web design business grew: his chops were well respected, his devotion to his clients was extraordinary and he was regarded as a first-rate webmaster. He earned a reputation for being exceedingly generous with his time for his clients and friends on the array of computers in his home office and was particularly helpful to those who were less confident with the latest digital technology. Included among his many clients were the Penobscot Marine Museum, the Belfast Co-op, Yo Mammas, Belfast Flying Shoes, the NEFFA, Belfast Free Library, and Belfast Senior College where he was also a board member. Al was stoic and courageous, and did not fear his days coming to an end. He did however deeply regret not having time to properly see his clients through to a smooth transition and he particularly was sorry to his family for not being able to love and care for them as he wished in the coming years. Al is survived by his devoted wife Julie Rose Arthur, his loving sister Willy Reddick and brother-in-law Wes Reddick of Belfast, as well as family members Glen Reddick of Belfast, and others. Al will be sorely missed by us all, including his wide-reaching web of friends around Belfast, across the globe, and beyond the stars. Memories and condolences may be shared with the family at www.ripostafh.com
To plant a beautiful memorial tree in memory of Alan Arthur, please visit our Tree Store

Look inside to read what others have shared
Family and friends are coming together online to create a special keepsake. Every memory left on the online obituary will be automatically included in this book.
View Tribute Book
Services for Alan Arthur
There are no events scheduled. You can still show your support by planting a tree in memory of Alan Arthur.
Plant a tree in memory of Alan

Share Your Memory of
Alan
Upload Your Memory View All Memories
Be the first to upload a memory!
Share A Memory
Plant a Tree