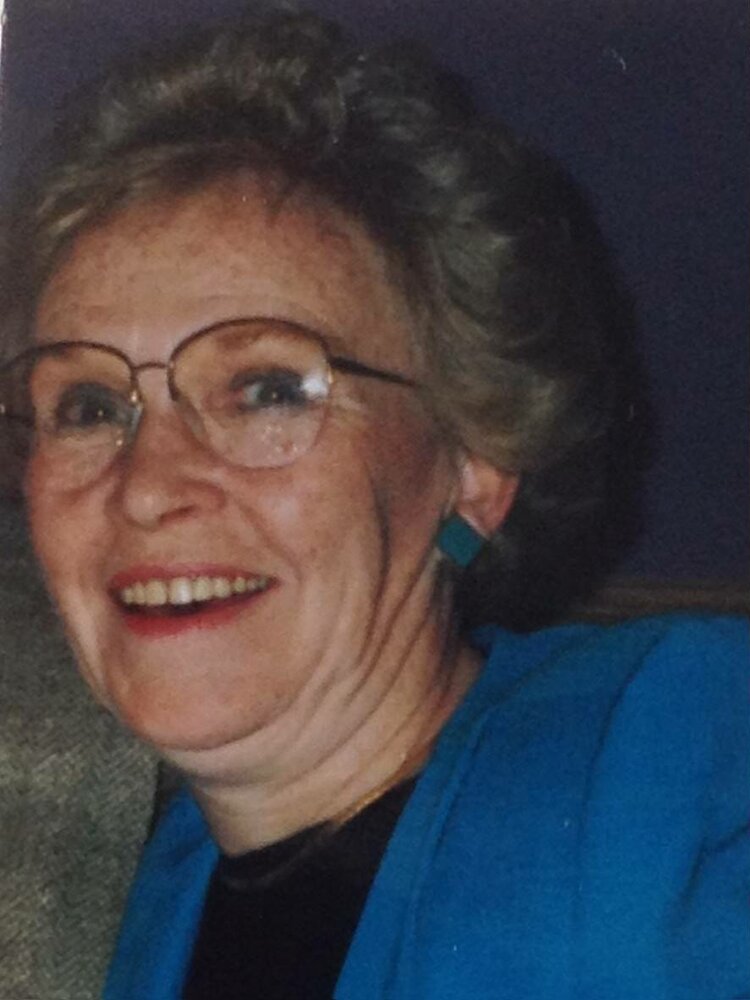 Please share a memory of Teresa to include in a keepsake book for family and friends.
View Tribute Book

BENNETT, Teresa A. “Terry” (Carney) of Searsport, ME, formerly of Lillian, AL, Pembroke, Randolph, and West Roxbury, MA, passed away peacefully at home, surrounded by her loving family, on October 22, 2022, at the age of 92. Born in Boston on October 3, 1930, to the late George and Kathleen (Buckley) Carney; Terry was raised and educated in West Roxbury. After graduating from Cathedral High School, she proudly earned a full scholarship to Regis College, but had to decline and put her dreams of furthering her education on hold to help her family due to the passing of her father, George. Her time finally came, and she enrolled in the secretarial program at Burdette College in Boston where she proudly earned her degree in business at night while working days at Prudential Investment and Mortgage Company. Later in life, Terry worked for the office of Dr. A. Gosh Roy as a medical secretary for 22 years.

Terry married the love of her life, Larry, on February 7, 1954, and later settled in Randolph, MA to raise her family. She was the proud mother of six wonderful children. Terry cherished her children and adored her grandchildren. She was extremely proud of all their accomplishments. Family meant everything to her, and she was happiest when everyone gathered as one.

After retirement, she and Larry loved to travel the country in their motor home. They were proud members of the Carriage Club and took many other trips with family as well. They were able to see so many beautiful places and meet so many amazing people along the way. Although they loved life on the road, nothing could compare to when they came back home for the summer to their daughter Patty and family’s home in Pembroke, MA.

Terry was an avid reader, loved doing puzzles and enjoyed a good crime drama. She had a love for parades and enjoyed watching them whenever she could. Terry was a woman of strong faith. She was a kind and loving woman who would give you the shirt off her back. Terry was a special lady in so many ways to so many people. She saw the good in everything and was a positive role model to all. Terry was an extremely strong woman, who never complained. She lived a very beautiful life and was always more concerned for others. Terry was the definition of selfless. In the words of a wise man, "She was made for heaven.” Terry will be deeply missed by all who were so blessed to have known her.

Beloved wife of the late Lawrence A. “Larry” Bennett. Loving mother of Kevin Bennett and his wife Deborah of Randolph, MA, Lawrence Bennett of NH, Patricia Ryan and her husband Wayne of Searsport, ME, Michael Bennett of Middletown, NY, Mary Greenberg and her husband Ralph of Pembroke, MA, and the late Maureen Bennett. Caring mother-in-law of Cindy Bennett of Lowell, MA, and the late Susan Bennett. Devoted sister of the late George Carney and his late wife Ruth. Cherished grandmother of 14 amazing grandchildren and their spouses. Terry is also survived by her 10 great-grandchildren, three great-great-grandchildren and several nieces, nephews, extended family and life-long friends.

Terry’s family would like to thank all of the amazing people at Kindred Hospice, especially Jennifer, Jennah, Marayah, Tisha and Chaplin Eric. Your team has made this tough time so much easier. You are special people, and we thank you for your kindness to us all. Terry’s family will have a celebration of life in the spring to honor and remember the wonderful life of a wonderful lady.

In lieu of flowers, should friends desire, memorial contributions may be made in Terry’s name to your local library.

To plant a beautiful memorial tree in memory of Teresa Bennett, please visit our Tree Store

Look inside to read what others have shared
Family and friends are coming together online to create a special keepsake. Every memory left on the online obituary will be automatically included in this book.
View Tribute Book
Services for Teresa Bennett
There are no events scheduled. You can still show your support by planting a tree in memory of Teresa Bennett.
Plant a tree in memory of Teresa

Share Your Memory of
Teresa
Upload Your Memory View All Memories
Be the first to upload a memory!
Share A Memory
Plant a Tree