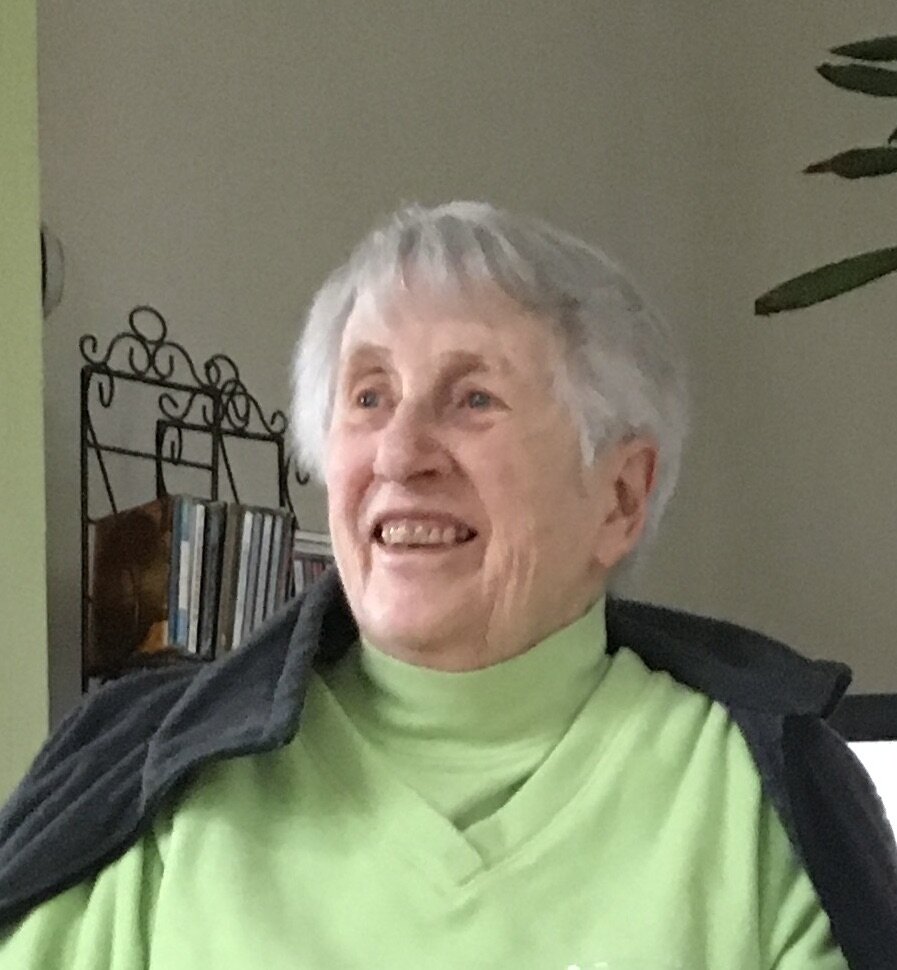 Please share a memory of Jane to include in a keepsake book for family and friends.
View Tribute Book

Born in Salem, Massachusetts on December 2, 1931, she was the fourth daughter of Henry and Pauline Grady. She attended schools in Salem and graduated from Salem High School in 1950. In 1953 she married the love of her life, John F. Russo, better known as Jack. After a few stints in various places, they eventually settled in Camden, ME in 1956 where together they raised five children, John, Paul, Steven, Andrew, and Heidi. For many years Jane worked as a home-maker while also helping to manage the family business, Huston Tuttle Inc. in Rockland. After the business was sold, she worked at The End Shop in Camden, until she retired. She and Jack moved from Camden to a home they built in Searsmont in 1984. That is where she spent the remainder of her days.

Perhaps Jane’s greatest life’s work was in support of her family. Even when distances were great, and life was busy, she made sure her children had memorable times with their grandparents, aunts, uncles, and many cousins. Along with Jack, she and the family explored the islands of Penobscot Bay in the summer on the family boat. She was well known for her willingness to open her home to friends and neighbors, cooking wonderful meals, and hosting fun parties including one birthday celebration where she borrowed every baking sheet on Trim Street so she could cook 20 pizzas.

This devotion eventually came to include grandchildren of which she had eight. Over the years she hosted many dinners, sleepovers, Easter egg hunts, fourth of July “Horrible” parades, poetry readings, birthday parties, and other special gatherings. She cared for sick grandchildren, transported them to and from school, and supported them in any way she could, which eventually came to include extending her love to their children.

Jane was extremely proud of her nine great grandchildren and enjoyed every second she was able to spend with them. “Grandmama” loved sending them books, and other gifts and special treats, including her famous Chex Mix. During her later years she looked forward most to the summer weeks when all of the extended family could gather in one place and spend time together.

One of Jane’s passions was her long-time involvement with the Searsmont Town Library where she volunteered for many years, serving on the Board of Directors and organizing the annual book sale and silent auction to help raise funds. She was also involved with the Historical Society and in the planning and fundraising efforts for the Searsmont Community Center.

A private burial will be held at East Searsmont Cemetery (Marriner’s). A celebration of life is planned for October 29th at Fōda Restaurant in Appleton at 2:00 PM. If desired, memorial gifts in her name can be made to http://moneyathleticfoundation.org/.

To plant a beautiful memorial tree in memory of Jane Russo, please visit our Tree Store

Look inside to read what others have shared
Family and friends are coming together online to create a special keepsake. Every memory left on the online obituary will be automatically included in this book.
View Tribute Book
Services for Jane Russo
There are no events scheduled. You can still show your support by planting a tree in memory of Jane Russo.
Plant a tree in memory of Jane

Share Your Memory of
Jane
Upload Your Memory View All Memories
Be the first to upload a memory!
Share A Memory
Plant a Tree