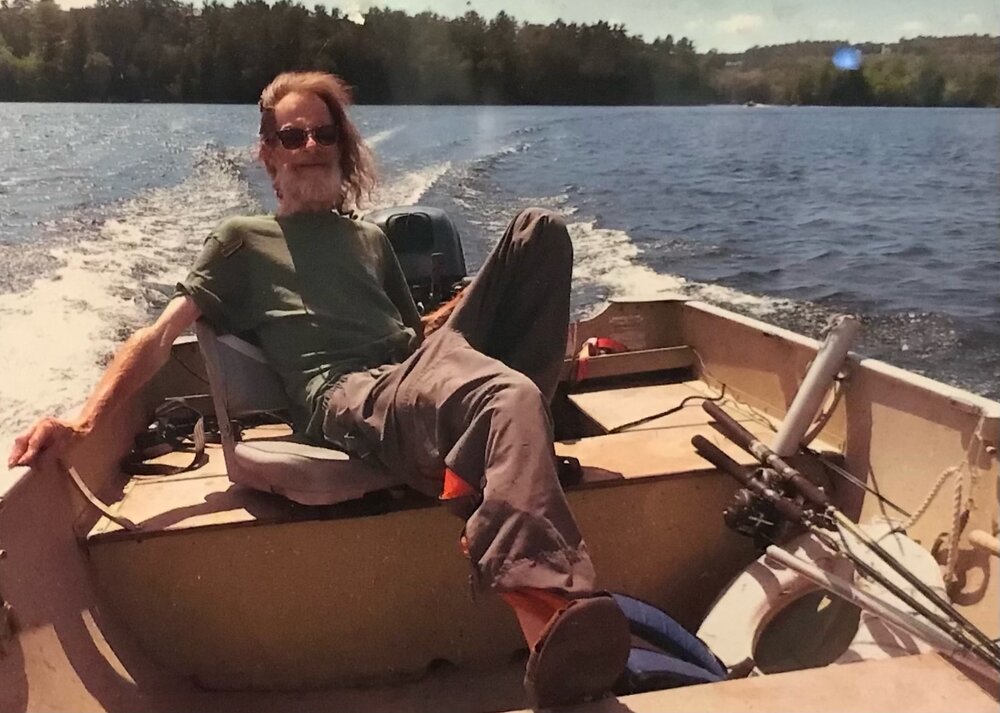 Please share a memory of Christopher to include in a keepsake book for family and friends.
View Tribute Book

Christopher Cline Elliott, 66, of Damariscotta, died on October 3, 2022 at the Sussman House in Rockport after a courageous and long, long struggle. Chris was born in Brunswick, Maine on March 9,1956–first born to James and Olive Elliott.  He is survived by his beloved daughter, Emily Elliott of Bath;  brother, Robin Elliott (Lise Becu) of Port Clyde; sister, Lisa Elliott Shaw (Michael) of Meredith NH; niece, Megan Elliott Davison (Andrew and grandniece, Taliah) of Hadleigh, England; devoted love, Grace Phillips of Newcastle; as well as countless close friends who will truly miss him.

Chris loved life. He was curious about it all. He was an accomplished autodidact— drawn to rocks, cars, women, fishing, skiing, boats, building–anything that needed tools or a good think. At various times, he lived in a teepee, a church, a boat, an airstream trailer during a fierce Maine winter, and several collective houses with a ragtag crew – who still remain friends.

From pre-revolutionary stock of the heartiest kind, he fought the effects of radiation induced enteritis for 17 years in a way that should make the history books.

He was a potter and worked for John Okie in the early days of Sheepscot Pottery. He sheetrocked and plastered half of Lincoln County. His favorite job was serving as Park Ranger at Reid State Park. His favorite spot on earth was also Reid State Park, a place he had spent endless days as a child exploring the waters and dunes while his father painted seascapes.

A skilled jeweler, Chris camped for months out West scouring for minerals and inspiration. He led geologists from the Smithsonian on mineral explorations of western Maine.

He was an irreverent political activist and environmentalist who advocated for causes he believed in. For many years he staged solo roadside protests as part of efforts which eventually closed down Maine Yankee.

As his friend Nick Buck wrote: “There is a bright star close to the horizon tonight that if you could look at close enough, you would see a turquoise green Ford slowly driving up a hill because he did not want to leave us behind.” There will be a gathering of friends to celebrate Chris’s life before the snow flies–place and date to be announced.  Memories and condolences may be shared on his tribute wall.

Share Your Memory of
Christopher
Upload Your Memory View All Memories
Be the first to upload a memory!
Share A Memory
Plant a Tree