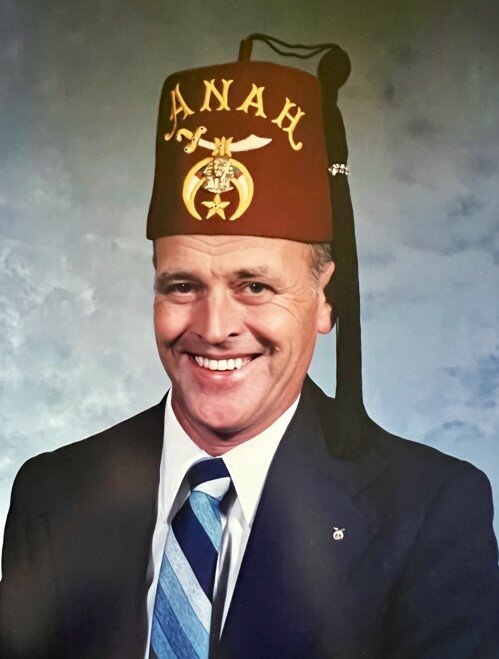 Please share a memory of Richard to include in a keepsake book for family and friends.
View Tribute Book

Richard Scott Colcord, 82, of Searsport, Maine died peacefully at his home on July 17, 2022 after a year-long fight with cancer.

Richard was born on September 17, 1939 at his family’s home in Belfast, Maine to Kenneth W. Colcord and Mildred A. (Heal) Colcord. After graduating from Crosby High School in Belfast, he went on to serve in the United States Navy. He was honorably discharged from military service in 1961 and went on to work as a welder in various places in New England.

Richard worked for 31 years at the paper mill in Bucksport, Maine. He began in 1968 when the mill was owned by St. Regis Corporation and retired when it was owned by Champion Paper in 1999. He also owned and operated rental properties over the years and operated Searsport Terrace Trailer Park beside his home until his death.

Richard was a long-time member of the Anah Temple Shrine and the Masonic Mariners Lodge #68 F. & A.M.

Richard is survived by his beloved companion of 35 years, Thiry A. Hussey of Searsport; his daughter Dalene A. Beaulieu and her husband Timothy of Searsport; and his son James K. Colcord and his wife Janine of Belfast. He is also survived by his grandchildren Danielle Pershouse of Lisbon; Deanne Dutton of South Portland; Dale Dutton of Nashville, TN; Julia Colcord of Belfast and Jessica Lawrence of Belfast. He also leaves behind two great-grand daughters—Lavender Malone and Aurora Lawrence. Richard was predeceased by his parents and his older brother James E. Colcord.

There will be a private graveside service. In lieu of flowers, donations in Richard’s name can be made to the Shriners Hospitals for Children.

Look inside to read what others have shared
Family and friends are coming together online to create a special keepsake. Every memory left on the online obituary will be automatically included in this book.
View Tribute Book
Services for Richard Colcord
There are no events scheduled. You can still show your support by planting a tree in memory of Richard Colcord.
Plant a tree in memory of Richard

Share Your Memory of
Richard
Upload Your Memory View All Memories
Be the first to upload a memory!
Share A Memory
Plant a Tree