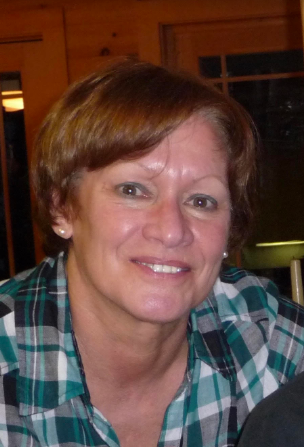 Glen Smith Bridges died in her sleep at her home in Freedom, Maine, on July 18, 2022, hours after her 78th birthday.

Glen was born to Shawna Quinn Smith and Loughton Thayer Smith on July 17, 1944, in Annapolis, Maryland. The Smiths moved to Babylon on Long Island, New York after World War Two, and Glen grew up loving her time boating with family on Great South Bay, with summer cruises to Block Island and Nantucket. She matriculated at New York University, beginning in pre-med before switching to journalism.

Glen married Robert A. Nielsen, Jr. in 1962, and they lived in Babylon and Kinnelon, New Jersey before moving to Yarmouth, Maine in 1974 with their children Robert III and Laurel. The Nielsens divorced in 1976. She graduated from a two-year graphic design program at Central Maine Vocational Technical Institute in one year while freelancing as an artist/designer, and subsequently worked as a graphic artist and production manager/art director before serving as artist/designer for in-house advertising for the importer of the Jøtul woodstove, responsible for monthly advertising in 22 national magazines.

Glen married fisheries biologist Dr. David Wilder Bridges in 1979, and they co-owned and operated a dairy farm on Knox Ridge, Maine until their retirement in 1986. She was justifiably proud of her painstaking care and improvement of their award-winning Holsteins. The herd became one of the better ones in the state due to Glen's attention to breeding fine registered stock, one of whom was classified excellent by the Holstein Association.

Glen’s 36-year “semi-retirement” was a busy and productive time. She and Dave completely restored an 1828 Cape farmhouse in Montville and provided part-time and seasonal agricultural-related and office maintenance services. She contributed untold hours of volunteer service to her community and state in roles that included Board Member of the Dairy Herd Improvement Association, Selection Committee Member of the Waldo County Holstein Association, Associate Supervisor of the Waldo County Soil & Water Conservation District, Board Member and Chair of the Montville Planning Board, co-founder and Board Member of the Sheepscot Wellspring Land Alliance, co-founder of the Freedom Library, Animal Rescue Transport Driver for Avian Haven, and Development Data Entry Clerk for the Natural Resources Council of Maine, which ended up putting her on the payroll until health issues forced her departure.

Glen was a fierce defender of the environment and human rights, a devoted wife, mother, and sister, and a loving “Gaga” and creative role model for her grandkids, who joyfully joined her in birdwatching, hiking, and fairy house building. She always attended their sporting and theatrical events and never once forgot a birthday. She constantly had an eye to the sky, looking for an eagle flying overhead or a new inhabitant of one of her birdhouses, and was a lifelong dog lover. She was an accomplished rug hooker and watercolorist and greatly enjoyed making music, quilting, crocheting, and cooking.

Glen is interred in Pleasant Hill Cemetery in Freedom, and her family has held a private celebration of her life. Memorial donations would be welcomed by the Freedom Volunteer Fire Department (75 Pleasant Street, Freedom, ME 04941) or the American Lung Association (www.lung.org).

Share Your Memory of
Glen
Upload Your Memory View All Memories
Be the first to upload a memory!
Share A Memory