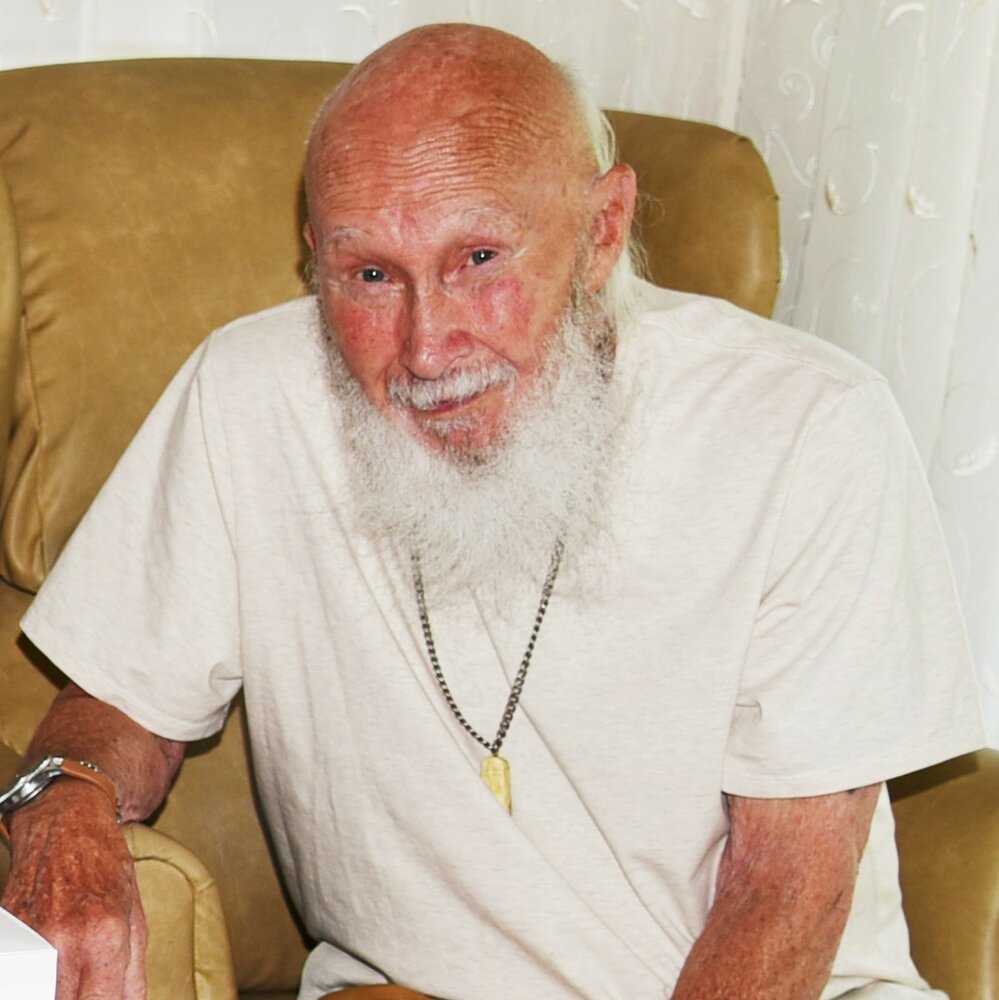 James Howard Thornton, 80, passed peacefully to his rest on Wednesday, 22 June, 2022, at Bayview Manor in Searsport, Maine, where he had resided with his wife Sally since April, 2021.

He was born in Bridgewater, MA, on 4 January 1942, son of Carson and Agnes Murray Thornton. After high school, he served in the Navy for four years, seeing duty in the waters of Viet Nam during part of his service.

He worked as a carpenter in Boston before coming to Maine and Bath Iron Works, where he was a supervisor for many years.  He married the former Sally Coombs from Brunswick, and they lived on a farm in Richmond where they raised beef cattle, sheep, chickens, and turkeys.  He loved carving, and his room at home held a variety of small items he had carved over the years.

He loved to canoe, in one instance paddling from Bath to Popham and back.  He loved fishing and tying flies, and he was planning on teaching one of his Bayview attendants how to do so.

The caregivers at Bayview spoke fondly of him.  He seemed to have made personal connections with those who paused to visit, and this was a happy contrast to his incapacity to maintain positive relationships in his drinking years.  He enjoyed going to the various town or county fairs and was always interested to see the machinery displays and crafts.  He was also a member of the Elks Lodge in Bath.

In addition to the excellent care he received at Bayview Manor, he was grateful for the kindness and care at the Richmond Area Health Center, “Dr. Tom” and Nancy especially.  He also appreciated the kindness and assistance of many in the Richmond area, including Richmond Fire/EMS, the Nash family at Main Street Fuel and “Pat the Plumber.”  A favorite outing was to Dave’s Diner in Gardiner, where he and Sally often ate and were friends with the proprietor, Dave.

He is survived by Sally, his wife of thirty years; adult children James, David, and Heidi, and their families; and four siblings.  His beloved old Beagle and cats were not able to accompany Sally and him when they moved to Bayview, and found new homes through the kindness of first responders and others.

No service is scheduled, and burial will be private at a later date.

To plant a beautiful memorial tree in memory of James Thornton, please visit our Tree Store