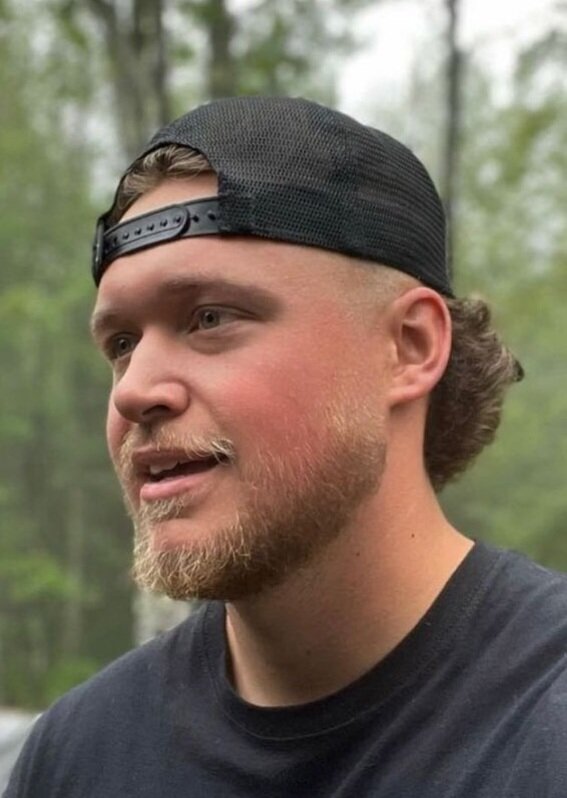 Mitchell Alan Bagley Philbrook, 23 of Searsport died June 11th, 2022 as a result of a motorcycle accident. He was born on February 11th, 1999 in Belfast, Maine, the son of Timothy and Amy (Bagley) Philbrook.

He graduated from Searsport District High School in 2017 and shortly after he began working for Searsport Plumbing apprenticing under his grandfather as a plumber. One of his biggest goals was to take over his grandfather’s business.

Mitch enjoyed spending quality time with his family. His love was endless. His beautiful smile and contagious laugh would light up any room. He had a really big heart of gold. He would do anything for anyone. He loved helping people and he touched so many lives with his pure, genuine soul.

Baseball became his favorite sport at a very young age. He was lucky enough to be part of three state championships. He had always wanted to hit a home run during a game, and that dream came true when he hit a walk-off home run in his last state game, which was truly magical. Such a special moment. Number 33 is forever in our hearts.

Mitch enjoyed spending a lot of his time at the gym lifting weights. He had so much drive and the gym was his passion. He also enjoyed snowmobiling up north with his family and friends. He loved playing golf with his family and friends at WACC where he got his first hole-in-one on hole two. He enjoyed boating, wheeling, hunting, watching the sunset, sitting around the bonfire, and hanging out with his big circle of friends.

Mitch was truly one of a kind. He had the best dance moves and was always the life of the party. He accomplished so much in his short 23 years on earth with us. He loved every day like it was his last. He was so fearless.

Mitch had a very special and loving bond with his brother. He was extremely protective and never hesitated to do whatever he could for him. He was Spencer’s hero.

Mitch loved spending time with his dog Bella (Cabela) He enjoyed taking her for walks, car rides, ice creams, and playing ball with her on the lawn every chance he got. She is completely lost without him and misses him terribly.

Mitch is survived by his parents Timothy and Amy, his brother Spencer, his grandparents Loren and Linda Bagley, Carl and Irene Philbrook, uncle Scott Philbrook and aunt Norma, their children Derek, Ryan, Justin and his daughter Kinley, his great grandmother Marian Rooney, his best friend and companion Bella, his cat Mookie and many special aunts, uncles, cousins and friends. We all miss him so much.

He was predeceased by his great grandparents Edward and Esper Bagley.

Those who wish may make donations in Mitch's memory to the Autism Society of Maine at https://www.asmonline.org/get-involved/donations.aspx

Share Your Memory of
Mitchell
Upload Your Memory View All Memories
Be the first to upload a memory!
Share A Memory