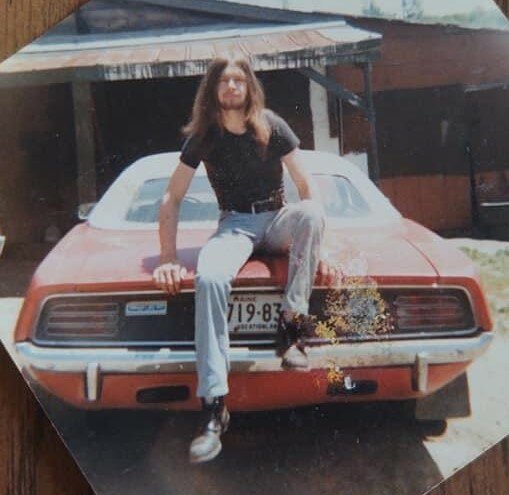 Obituary of David B. Newton

Please share a memory of David to include in a keepsake book for family and friends.
View Tribute Book
David B Newton, 62, of Swanville, passed away Sunday, April 10, 2022, at Northern Lights in Bangor. He was born April 4, 1960 in Augusta, a son of Ronald and Madeline Newton. David passed Sunday evening surrounded by loved ones. David started work at Penobscot Poultry; then, when the plant closed, he moved on to construction with Bill Hammond and his best friend, Terry Cook. After years of doing construction, he worked side-by-side with his brother Eugene Newton Sr. at Newton’s Auto & Salvage. Through the years, he met so many people. The garage is where he felt at home. His favorite conversation was the harassment over Fords versus Chevys. He was always willing to help someone out. He could never sit still. If you showed up at the house, you would always find him tinkering on a vehicle or warming up inside. He always said it was never warm enough for him in his later years. He loved to play the game aggravation with his mother at home and his family. Most days, he was aggravation with his antics. His daughter Tanya bought him a huge Amish aggravation board for Christmas; the new board meant new rules. It wasn’t cheating if he didn’t get caught. His best friend Terry pushed him to get his house built. His dream was to have his own garage, and he was in the works to make that dream come true. David was married to his beloved Sally on June 16, 1978. They celebrated just shy of 44 years together. How she survived was beyond us all! David was survived by his wife Sally and their five children. His oldest daughter Shannon Newton and her significant other Bill Littlefield, Felicia Newton and her husband Ivory Young, Tanya Newton and her fiancé Mike Bailey, David Newton and his wife Jamie Dodge-Newton, Angel Newton. His grandsons Hunter Simmons and Shane Goguen. His brothers and sisters Eugene Newton Sr., Deloris Libby, Alice Ireland, Kathy Wheeler-Chaffee, Patricia Harriman, Ramona Newton, Harriet Huffman, Rick Newton and many nieces and nephews. His parents, Ronald and Madeline Newton preceded him, brother Ronald Newton Junior, Joanne LeSan, Wendell Light, Rebecca King, and Rose Newton. He’s joking, and laughter will be missed by many. The Funeral arrangements are handled by Riposta Funeral home. The viewing will be held on Friday, April 15, 2022 from 4 PM to 6 PM. Graveside services will be Friday May 13, 2022 at Grove Cemetery in Belfast Maine.
To send flowers to the family or plant a tree in memory of David Newton, please visit Tribute Store
Friday
15
April

Share Your Memory of
David
Upload Your Memory View All Memories
Be the first to upload a memory!
Share A Memory
Send Flowers
Plant a Tree