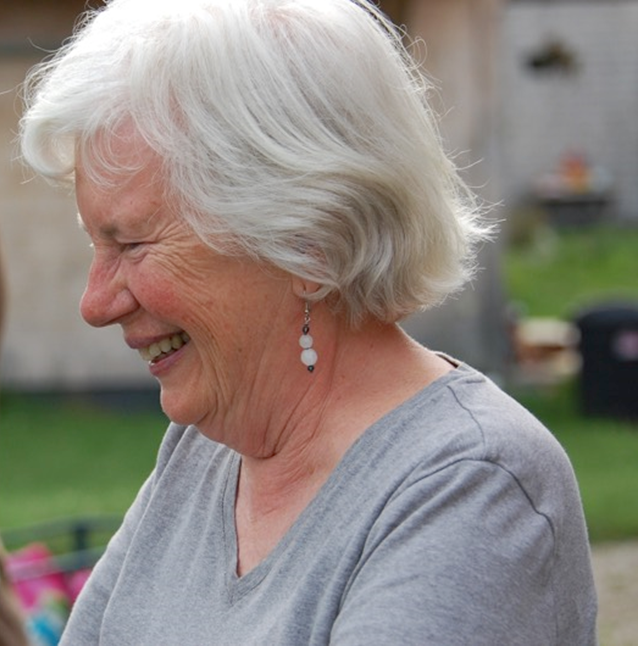 Please share a memory of Zara to include in a keepsake book for family and friends.
View Tribute Book
Zara Wallace died at the Ecovillage in Belfast on April 9, 2022. She was born in Omaha, Nebraska on October 16, 1938 to Alva Dayle Wallace and Marguerite Crowell Wallace.Although she spent most of her life in places other than Maine, in 2014 she chose the Ecovillage as the ideal spot to spend her remaining years. Zara grew up in an academic family. For much of her childhood her father was a Professor of English at Wayne State University in Detroit. She attended Radcliffe College, graduating in 1960, then earned a Master's degree in English literature at the University of Rochester (NY) in 1963. She married a fellow graduate student at Rochester, Roger Wilkenfeld, and they moved to Storrs, Connecticut for Roger's first job. Zara was restless during this period, picking up odd jobs and teaching assignments, but she was not fulfilled. Then Roger accepted a guest professorship at Rutgers and suddenly Zara, who had been intrigued by the women's movement, had New York at her fingertips. She joined the women's movement and participated in their various activities. One weekend in New York, Zara met some students from Oberlin, who were intrigued with her and decided to recommend her to the President of the College as a new Dean of women. He hired her and she had a new academic career. After the Oberlin period, she divorced Roger, went around the world and then settled in California, in Berkeley, where she was introduced to EST (Erhard Seminar Training, an early self awareness program), taught Feldenkrais (an early awareness through movement program), took endless numbers of classes, and was introduced to Buddhism and her mentor Tarthang Tulku Rinpoche. She lived and worked at Darma Press, helping to plan and edit their publications for 14 years. During this period she married and divorced again, this time to Ben Acquilina, a fellow student of the Rinpoche. By the time Zara was 76 years old she was missing her family, some of whom had settled in Belfast and nearby parts of Maine. The Ecovillage was just getting started, and she enthusiastically applied and was accepted. She was active at the Ecovillage, first in governance and then with gardening. Her house was meticulously decorated and her garden simple but beautiful.. While Zara was dying, members of the Village brought her food, did the laundry, cleaned her house, visited her, read Sufi poems and passages to her with amazing attention and love, while devoted caregivers and hospice tried to keep her comfortable. Her last wish was for a Sufi burial in the small cemetery on Village property. And the members of the Village saw that her wish would be fulfilled. Men and women from the Village dug the grave and prepared it with stones and pine boughs beneath the body. There was an amulet from Rinpoche on her heart to ease her transition. There was a simple service, just perfect for Zara. And so we bid her goodbye. Donations in Zara's name can be made to Ecovillage (BCECA) for landscaping or to Bay Chamber Concerts and Music School. She is survived by her sister, Sylvia Wallace Holton Peterson, her sister-in-law, Gianne Conard, her nephew, Christopher Wallace (Jamie), two nieces, Claire Wallace (Douglas) and Suzanne Wallace (Eric), two grand nieces and two grand nephews. Her brother, George Wallace, died in 2008.
To plant a beautiful memorial tree in memory of Zara Wallace, please visit our Tree Store

Look inside to read what others have shared
Family and friends are coming together online to create a special keepsake. Every memory left on the online obituary will be automatically included in this book.
View Tribute Book
Services for Zara Wallace
There are no events scheduled. You can still show your support by planting a tree in memory of Zara Wallace.
Plant a tree in memory of Zara

Share Your Memory of
Zara
Upload Your Memory View All Memories
Be the first to upload a memory!
Share A Memory
Plant a Tree