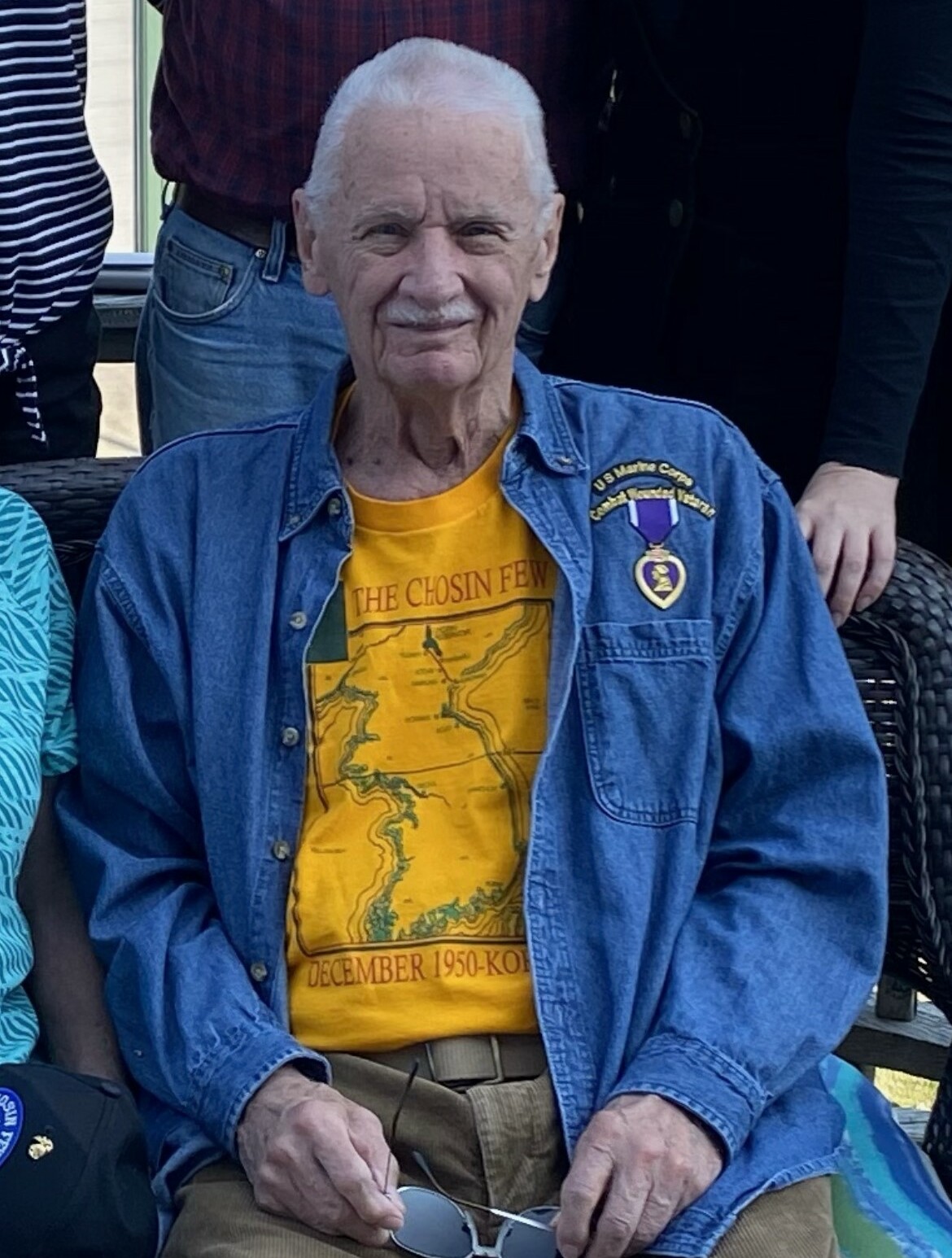 Carlton Lange "Mike" Rauch died peacefully on January 12, 2023 at his home in Belfast, ME. He was born in Cleveland, OH on October 14, 1930 to Carl A and Emma Anna (Lange) Rauch. In 1947 he joined the United States Marine Corps and was a veteran of the war in Korea. He participated in the Inchon Landing and the Chosin Reservoir Campaign among other battles. He was the recipient of the Silver Star and the Purple Heart In his later years he was a 100% disabled veteran due to frostbite and other combat conditions.

Following the Marine Corps Mike worked for Western Electric for 24 years. In 1951 he married Patricia A Guthrie and they raised their family in Chardon, OH. In 1976 he started Rauch Instrument Company. In 1981 he and Pat moved to Belfast, ME.

Mike was past Commandant of the Mid Coast Detachment of the Marine Corps League, Life Member of VFW, American Legion, Military Order of the Purple Heart and DAV. He was an active citizen in Belfast having served on the Belfast City Council, chaired the Charter Commission and served 22 years on the Harbor Committee.

Mike was predeceased by his first wife, Pat, in 2007 and his brother, Clifford A Rauch in 2016. He is survived by his wife Tike Voet,; son Jeff, his wife Arline of Belfast, ME and their daughter Elizabeth Rauch of Charlotte, NC; daughter Jill Helmkamp, her husband Jim of Auburn, ME, and their daughter Annie Helmkamp of Boston, MA He is also survived by his sister-in-law Janet Rauch of Overland Park, KS and her family.

There will be a memorial get-together at a later date featuring, "Beer, Brats, and BS". The family wishes to thank the nurses and staff at Gentiva Hospice for all of their help and support. Donations may be made to the Belfast Free Library, Kindred Hospice and the Waldo County YMCA.  Memories and condolences may be shared on his triubte wall.