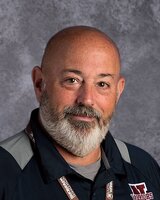 On Wednesday, September 28, Mark D. Babin passed away surrounded by his adoring family. He is now resting peacefully high on that mountain. Born to Janice (Brown) Henderson and Donald R. Babin on June 10, 1962 in Lowell, MA, Mark was a graduate of Houlton High School, class of 1980. His Aroostook County roots will forever be strong. Always a supporter of youth athletics, Mark’s connections run deep. He fostered many relationships through his work with BUM League, Little League, Babe Ruth, and other teams while supporting not only his own children but the hundreds that become like his own. After working with the UMaine swim program (1998-2002) and as the pool director and physical education teacher at Belfast Area High School (2002-2013), he then transitioned to Athletic Director at Belfast. He later transferred his passion for athletics as Athletic Director to Nokomis Regional High School, where he had recently retired. Mark’s legacy as an educator is one of dedication, caring and compassion. He could always be counted on to have an open door and a few kind words of wisdom. “How can I help?” was his mantra.

Mark is survived by his wife of 34 years, Donyse (Higgins) Babin, son Zachary and wife, Raegan; son Jalen and wife, Mercedes, and the three spirits of his heart; Emmie, Addie, and Dexton. His loving mother remains to grieve his death, while predeceased by his father. Mark’s three sisters; Michele Kearney and husband Travis, Melinda King and husband Mark, and Mia Pangburn and husband Stephen, along with several nieces, nephews and cousins who will live fearlessly to honor the Babin name.

Mark was also a member of the Maine Masonic Lodge, Washburn chapter as well as the Anah Temple Shrine Club.

Mark was a loving and devout husband, father and friend, but his influence reached far beyond those facets of his life. He was a beloved coach, teacher and mentor who touched countless lives with his generosity and love. Later in his life he found a passion for music, touching many more souls through the strings of a guitar. Mark’s fierce dedication to the people and passions that he held dear will be a loss felt by many. He will forever be our Lion, our Warrior, our fighter, and our friend.

A celebration of life will be held on Sunday, October 9th at the Barn at Rosemoore, 90 Pratt Rd., Monroe, ME at 3:00 PM. Memorial donations may be made to an athletic scholarship fund at Nokomis Regional High so that Mark’s loving support of his athletes can continue long after him. Donations may be sent to: ‘Mark Babin scholarship, Nokomis Regional High’, 291 Williams Rd., Suite 2, Newport, ME 04953. #BabinStrong