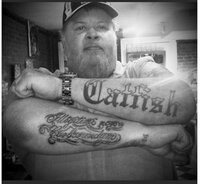 Philip Austin Kenney, 55, passed away December 22, 2021. Philip was born in New York on May 15, 1966 to Albert and Jocelyn Kenney. He was raised and lived most of his life in Brooks, Maine. Philip was a truck driver who enjoyed hunting and collecting watches. He was predeceased by his father and his brother Paul Kenney. Surviving are his mother, Jocelyn; daughter Connor Larrabee; son Mason Kenney; grandchildren, Aubree Rand, Carter Rand and Ashtyn Raven; sister Karen Mank and brother Craig Kenney. Graveside services will be held in the spring. Memories and condolences may be shared at ripostafh.com.