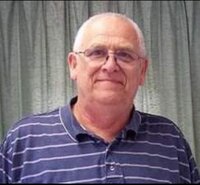 PAUL HUNTER VERMILYEA, 74, passed away September 29, 2021 in Bangor . He was born on September 25, 1947 in Newton, Massachusetts to Rex W. and Frances W. (Parker) Vermilyea. Paul was the third son in the family joining Carl and Robert (Bob). The family moved to Natick, Massachusetts in 1949 living on Lake Cochituate. Paul learned to swim and sail and enjoy water activities. In 1957 the family moved to Reading, Massachusetts where Lynne was born when Paul was 10 years old. In 1958 they moved to Newton Highlands where Paul completed his education graduating from Newton South High School in 1966. Paul made many life-long friends while living in Newton Highlands. After graduation, Paul enlisted in the Air Force. He was assigned to an Air Base in Thailand soon after basic training. Paul traveled into Vietnam at different times while serving in Thailand. Paul was always proud of his service to his country. Upon returning to the States, Paul married Marilyn Smith on February 3, 1968 in Newton. They were assigned to Witchita, Kansas for the remainder of his military contract. There in Witchita they welcomed their first son, Rodney Rex on May 20,1970. At the conclusion of his military assignment, Paul moved his little family back to Newton, Massachusetts where he adjusted to civilian life once again. In those early years, they moved around the Middlesex County area settling in Framingham, Massachusetts. Paul and Marilyn welcomed their second son, Kenneth Paul, on November 22, 1976 in Framingham. Paul became the co-owner of Custom Club and Repair with his best friend, Kim Sweet. Paul became a grandpa in 1997 to Kenny's daughter, Brittany Paige. The following year Kenny's son, Ryan Hunter joined the family. Paul loved his two grandchildren and was happy when he got to spend time with them. In 2005, Paul and Marilyn decided to separate and Paul moved to the mid-coast of Maine where he lived until his death on September 29, 2021. Paul loved golf and spent countless hours on the golf course. Paul loved spending time along the Maine coast and enjoyed all the small animals that visited his many feeders and little "homes" he provided. Paul enjoyed spending time with family and friends who came to visit the Midcoast area of Maine. Paul leaves behind his sons: Rodney Vermilyea and Kenneth Vermilyea (Courtney); his grandchildren Brittany Kinz (Kyle) and Ryan Vermilyea; his brother Robert Vermilyea, his sister Lynne Andrews (Russell); his sister-in-law Linda Vermilyea; his special nieces and nephews: Olivia Andrews, Whitney Martin (Will), Brett Andrews (Ruth), Felicity Harris (Zach), Kristy Pansano (Cory), Scott Andrews (Liz), Gail Cherochak, Carl Vermilyea Jr. (Lia), Karen Keenan (Matt), Kristen Vermilyea, Keir B. Vermilyea, Seth Vermilyea (Jodi). He also has many "grand" nieces and nephews. Paul is preceded in death by his father and mother and brother Carl. Services will be held at Woodlawn Cemetery in Wellesley, Massachusetts at 12:30 pm Saturday, November 13, 2021. Memories and condolences may be shared on this tribute wall.