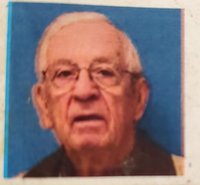 LIBERTY CHARLES H. BEACH, 96 of Liberty, Maine, passed away peacefully on June 8, 2021. He was born in Woodland, Maine March 2, 1925 to Benjamin and Alberta Beach. He is survived by his wife, Avis Beach; his children Lynn and Thomas Berube, Peter and Patty Beach, Clay and Pauline Beach, Jeff and Peggy Beach; his step-children Pamela and Howdy Christiansen, Shirley Marriner, Vicki and Henry Harriman, Julie and Harvey Roberts, Cynthia Harriman, Karen and Gene Winchenbach and Joy and Doug Gee. Charles had a large family including his siblings Edith Irish, Steve Beach, Peter and Judy Beach and Sam Beach. Charles had many grandchildren, great-grandchildren and great-great grandchildren as well as many nieces and nephews with special mention of Kami Costa, his granddaughter and favorite caretaker/nurse. Charles was predeceased by his parents; his siblings Frank Beach, Dick Beach, Glenice Rines and Jackie Sutton; his first wife, Nellie, his step son Steven Marriner and his son-in-law Richard Harriman. Charles was well-known for his skilled woodworking. A few of his favorite activities included music and singing, fishing, hunting and camping. He was part of the 166th Combat Engineers during WWII and also a member of the VFW. A private burial will take place with a gathering for family and friends to follow. Memories and condolences may be shared at www.ripostafh.com.