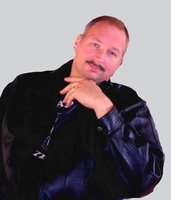 Dennis Earle Curtis Prospect - Dennis Earle Curtis, 55, passed away Monday May 31, 2021, at EMMC in Bangor, Maine after a brief illness. Dennis was born May 20, 1966 to Donald I. Curtis and Mary (Curtis) Fairfield of Belfast. He attended Belfast schools. He was predeceased by his father, his grandparents Earle and Lillabelle Hawes, Clinton and Lillian Curtis. Dennis is survived by his beloved wife, April Curtis; his mother Mary Fairfield; his sisters Shelley Merrill, her husband Gene, Lori Cunningham, her husband Wayne; his nephews, Joshua Solebello, Dustin Cunningham and Shawn Merrill; his nieces, Whitney Morris and Marissa Abbott; his grandnieces, Sophia Solebello and Caisley Morris; his father and mother-in-law Roy and Mary Abbott; his brothers-in-law William Abbott and his wife Shelley, Matt Abbott his girlfriend Alicia Giggey and a host of loving friends. A celebration of life will be held at 11 am on Saturday, June 19th at the Grove Cemetery Chapel located at 262 Belmont Ave., Belfast Maine. In lieu of flowers, memorial donations may be made to American Cancer Society. Simply go to cancer.org to make an online donation. Memories and condolences may be shared on this tribute wall.