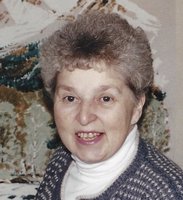 BELMONT – Sandra Ilona (Rajaniemi) Berry, 80, died Jan. 27, 2021 at Waldo County General Hospital after a prolonged illness. The daughter of Edward and Lahja (Williams) Rajaniemi of Belmont, Sandra was born at the Belfast Hospital on November 8, 1940. Sandra graduated from Crosby High School in 1958, Bob Jones University with a B.S. degree in 1963, and the University of Maine with a Master’s degree in 1977. On April 18, 1964, Sandra married a fellow teacher, Donald Berry. She was also very active in the Morrill Baptist Church and worked as a counselor at Camp Fair Haven. Mrs. Berry served the students of the Belfast Area High School as the business education teacher and department head from 1963 – 1991, the advisor of the Keystone yearbook and the Future Business Leaders of America (FBLA) until she retired from teaching due to her ambulatory illness. In 1983, she was made an honorary member of Phi Beta Lambda. Sandra also organized the first out-of-state trip for FBLA students from Maine to attend the Northeast regional conferences. She served as the State FBLA advisor from 1992 -1995. While teaching at Crosby High, she organized the Crosby Highlights variety show, which included the faculty skits, and later, the BAHS Penny Carnival and Donkey Basketball events. Sandra also taught many years in the Region 7 Adult Education program at the high school, teaching business subjects and doing her fun thing of cake decorating. Several families in the area and beyond were recipients of her wedding cakes. Sandra, the person who could not sew, became an avid quilter, and it became her passion for many years. Her greatest accomplishment was having one of her quilts, which she designed, entered in a state competition. Sandra was a member of the Epsilon Chapter of Delta Kappa Gamma since 1968, serving her local chapter as its President, and became the State President from 1983-85. She served on the DKG International Executive Board from 1983-85. In 1992, she was the Golden Gift Recipient, earning her a trip to the International Leadership/ Management Seminar at the University of Texas. Sandra was a member of the State Republican Committee for six years, The Republican Women’s Club of Waldo County for 20 years, with six years as its President, and as President of the state organization for 4 years. She was a member and secretary for 6 years of the Tri-Town Snow Riders and for 13 years served as the secretary of the Quantabacook Lake Association. One of her proudest moments occurred when she took the largest deer in the house, a 10-point buck. Sandra and Donald were married for 56 years and have two children, Donald Jr. of Kennebunk and Ilona DuBois and her husband Joe of Searsport. They also have three grandsons, Kamden and Stratton Berry of Windham and Cole DuBois of Searsport. Sandra was predeceased by her parents and brothers Richard, Wallace, and Charles and sisters Laura Henry and Phyllis Larrabee. Her family expresses our thanks to Dr. Delehanty and Dr. Tyer for their caring for Sandra’s medical needs over the years. We also thank six other medical professionals who assisted Don so much in the caring for Sandy – Nurses Kim Metcalf and Monica from the hospital wound care office, Nurses Denise Martin and Jo Ann Robbins, Home Health aide Regina Knight-Ryder and Susan Maxwell at the diabetic clinic. Their fine work allowed Sandra to maintain a life at home. Virtual services for Sandra will be held on Feb. 13th at 1:00pm at the Belfast Church of the Nazarene followed in the summer by a celebration of life at the lake. Due to Covid-19 regulations, attendance at the church is limited to 45 immediate family members and invited guests. The Facebook site address for the service is https://www.facebook.com/Belfast-Church-of-the-Nazarene-502826503547218/ In lieu of flowers, donations may be made to the Epsilon Chapter of DKG - Scholarship Fund c/o Claudia Luchetti, PO Box 71, Searsmont, ME 04973. Memories and condolences may be shared with the family at www.ripostafh.com