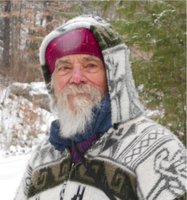 Ea Ea died in hospice January 22, 2021 with his former partner and long-time friend Mariah present with him. Ea Ea, (the adopted name of Craige Val Eugene Schensted) was born in Mayville, ND, April 12, 1927, son of Roy and Helen Chance Schensted. He completed high school at the age of 17, enlisted in the US Army and achieved the highest intelligence score ever recorded to that time. Because of his youth, he attended college until he turned 18 and then was enrolled in active military service. Discharged shortly after the conclusion of WW 2, he attended the University of Minnesota, receiving a BS in Physics and Applied Mathematics. At the University of Michigan, Ann Arbor, Craige worked as a mathematical researcher in the Radio Astronomy Laboratory and invented new forms of mathematics currently in use. In 1953, physicist Craige Schensted and mathematician Charles Titus, researchers at the University of Michigan, developed strategy games Y, Mudcrack Y and Poly-Y, Kaliko and *Star. Y was included in The Last Whole Earth Catalog and in Materials for the Open Classroom by Skip Ascheim. In 1983 Craige was featured in Games Magazine, along with his new game, Star, a descendant of Y and the forerunner of *Star. His games are still available here: http:// gamepuzzles.com/abstract.htm With a desire to leave a small footprint, he lived car-free since 1968 in Ann Arbor, Peaks Island and Belfast, ME. In 1972, shortly after early retirement, his interests broadened to include in-depth research in nutrition, physics, architecture, and psychology and kayaking in the bay, improvisational drumming, chanting, and dancing. For his writings on quantum mechanics, “the watched pot” (observations and expectations aﬀect reality), energy healing and the field of probabilities, and living systems as described by Margaret Wheatley, see his archived website: http:// ea.ea.home.mindspring.com/WatchedPot/WatchedPot.html Mariah noted that many of the qualities of the Babylonian god Enki, (later the Sumerian god Ea) broadly described Craige and thus he chose to simplify his name to Ea. In 2008, after an injury on Peaks Island, Ea was moved to an apartment in Belfast, Maine where he and Mariah maintained a close friendship. More here: http://www.gamepuzzles.com/ea-star.htm