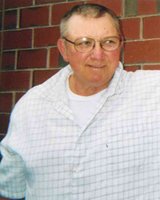 Norman Herbert Roberts, 73 of Searsmont, Maine died peacefully on October 9, 2020. Son of Frank Herbert and Jeanette Patterson Roberts, Norman grew up in Belfast where he graduated from Crosby High School in 1966. He met his wife Sandra in 1969 and they married two years later in April of 1971. They moved to Searsmont shortly after and raised two daughters in the home where Norman resided up until his death. Norman was involved in many community projects and held many roles in Searsmont. He was a fire fighter and the Assistant Fire Chief for the Searsmont Volunteer Fire department, one of the founding members of the Searsmont Volunteer First Responders, a member of the Tri Town Snowmobile Club, and the Midcoast ATV Club. He was also a lifelong member of the Quantabacook Masonic Lodge, #129 and spent some time as a Shriner. Norman was a truck driver and mechanic by trade, but may be best known around the area for his metal fabricating talents. He had the ability to fabricate anything anyone could imagine and often built things for people that couldn't be found elsewhere. In his later years, he got great enjoyment out of carving intricate model wooden trucks and toys for his grandchildren as well as creating unique beaded jewelry. Norman is survived by his wife Sandra Roberts of Thomaston, his daughter Dawn Bryant and husband Lloyd of Searsmont, his daughter Beth Lacasse of Searsmont and his sister Janice Curtis of Waldo. He is also survived by his grandchildren: Joshua Joy of Waldo, Toni Joy of Lincolnville, Stephen Joy and wife Lindsey of Morrill, Miles Bryant of Searsmont, Brandon Lacasse of Jefferson, Simon Lacasse of Belfast and Scott Lacasse of Windsor as well as many great grandchildren, nieces , nephews and close friends. A special, heartfelt, thank you to the staff at Harbor Hill rehabilitation facility. Norman felt truly loved in your care. There are no words to express how much that meant to him and to his family. A private graveside service will be held in the spring. In lieu of flowers, donations can be made to Quantabacook Lodge #129 % William Bachelder Sec. 215 Stevens Pond Rd. Liberty, ME 04949.